Neal Brown Announced the WVU Players of the Week 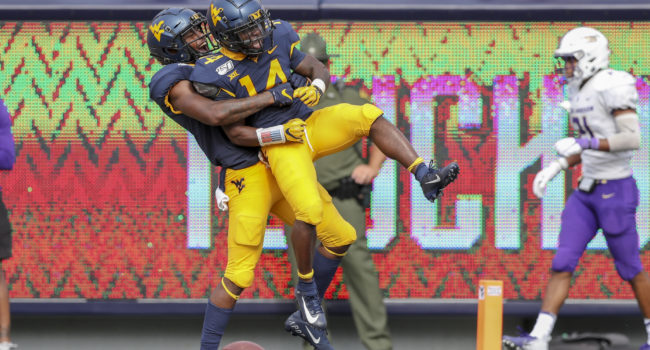 On Saturday Neal Brown and the West Virginia Mountaineers defeated James Madison by a score of 20-13. After trailing at halftime by a score of 7-3, the Mountaineers came out and took a lead early in the third quarter on a touchdown pass from Austin Kendall to George Campbell.

After exchanging field goals, WVU took a commanding 10-point lead in the fourth quarter when Tevin Bush got behind the James Madison defense and caught a 22-yard touchdown pass from Austin Kendall.

On Tuesday Neal Brown announced the WVU players of the week.

Bush had 4 receptions for 74 yards including the already mentioned touchdown.

⏰ TEVIN'S TIME ⏰
WVU junior wide receiver Tevin Bush (@tevin__4) may only be 5 foot 6, but he played BIG in the Mountaineers' 20-13 win over James Madison. ? pic.twitter.com/NhxmUDOod2

According to the ESPN box score, Jones had two tackles and a sack for the Mountaineer defense. Jones took to Twitter to mention that he had not one, but two sacks on Saturday.

A Win and 2 sacks in my first WVU game.. not a bad way to start the season .

Lowe made a big play when he recovered a fumble on the punt team, flipping the field for a struggling Mountaineer offense.

Stills had a big-time field goal block against the Dukes. Special teams weren’t the only place he contributed as he finished the game with six tackles and a sack. He raced his brother to the quarterback all game long.

WVU Players of the Week

Neal Brown announced his team's players of the week after their first victory. ? pic.twitter.com/ACY3RgFTPH