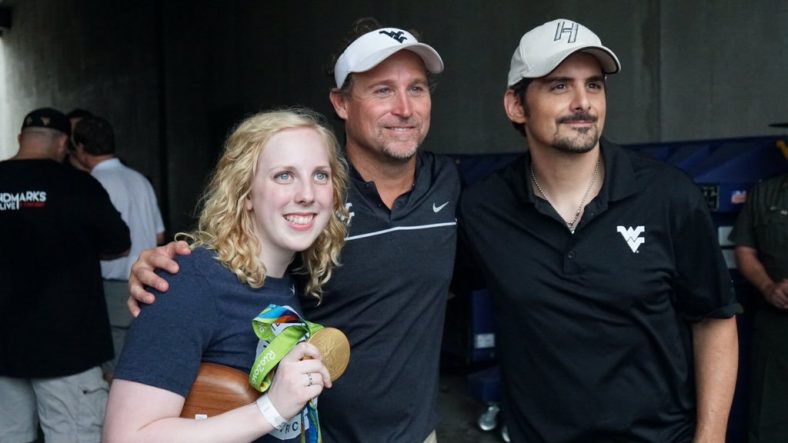 It was pretty easy to tell right away that Neal Brown and Dana Holgorsen are about as different as two people can possibly be. From the way they walk all the way to the type of music they listen to, these two are incredibly different.

WatchStadium.com put together an awesome piece where every coach named their favorite musician or band. When you thought Neal Brown and Dana Holgorsen couldn’t be any more different, this story gets released.

Dana Holgorsen chose Prince. So typical of Dana. He goes with the flashy choice. Sure, Prince was one of the most talented musicians of all-time, but does Dana Holgorsen really listen to Prince in his downtime?

On the other hand, Neal Brown showed exactly why he is the perfect fit as the head coach of the West Virginia Mountaineers. Neal Brown chose West Virginia-born country music megastar Brad Paisley as his favorite musical artist.

Whether Brown was playing to the home crowd or not, choosing Brad Paisley was a true West Virginian move.

Paisley appeared on ESPN College GameDay as the special guest when they were in Morgantown for WVU vs TCU. He was given the opportunity of picking a winner in a game involving Pitt. And he did not let Mountaineer fans down.

Paisley does a great job of carrying himself and representing the state of West Virginia. Much like WVU head coach Neal Brown.

Who’s ready to see West Virginia back on ESPN College GameDay? Neal Brown is just the guy to get the Mountaineers back there.