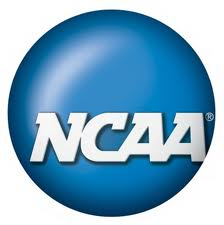 More of an FYI so you’ll know what rules are changing this year.
Check it out:

This document is intended to provide guidance on key NCAA rules for football regarding student-athlete safety. Questions regarding rules or officiating may be directed to Rogers Redding, NCAA secretary-editor and CFO national coordinator, at [email protected].

No player shall target and initiate contact against an opponent with the crown (top) of his helmet. When in question, it is a foul.

No player shall target and initiate contact to the head or neck area of a defenseless opponent with the helmet, forearm, hand, fist, elbow or shoulder. When in question, it is a foul.

New for 2013 is an increased penalty—ejection from the game—in addition to 15-yards for each of these two fouls. Key points to remember:

Risk of a foul is high with one or more of these:

These indicate less risk of a foul:

Instant Replay has the authority ONLY to review the contact itself. If the video clearly shows that the contact was not with the crown of the helmet or was not to the head/neck area, a targeting foul may be downgraded to unnecessary roughness. The 15-yard enforcement remains regardless.