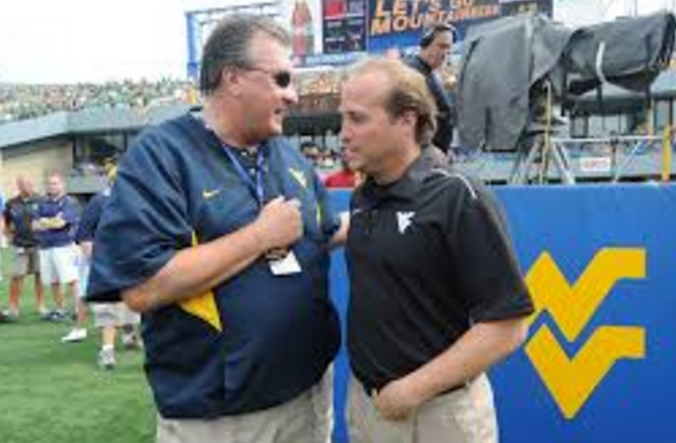 You’re probably wondering the criteria for these rankings. Here’s the criteria, per NCAA:

Here is the recap they had on the #9 Mountaineers:

In the first half of the past decade, West Virginia won nine or more football games every season, mostly after the Rich Rodriguez era. The Mountaineers play an entertaining, high-octane brand of football. They were ahead of the curve with their version of the spread offense. The ‘Eers went 2-0 in major bowl games (2008 Fiesta Bowl, 2012 Orange Bowl) and set a record for points in the latter by dropping 70 on Clemson.

In hoops, Bob Huggins has established a culture in Morgantown, summarized in two simple words: Press Virginia. The Mountaineers have won 25 or more games in the past three seasons and reached the Final Four in 2010. Like Cincinnati, West Virginia doesn’t boast the national championship hardware of some of these other schools. But the Mountaineers have been mighty impressive in the past 10 years.

If you were wondering the rest of the top 10.

While there have been many, many discussions about this over a beer, it’s great to see an actual poll with statistics to back it up.

What do you think about where the Eers are rated in the combined football and basketball rankings over the last 10 years?