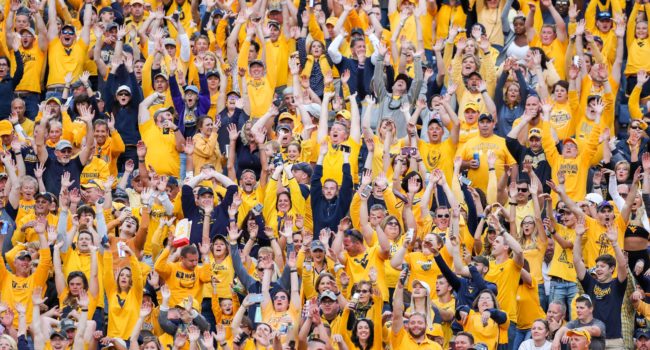 The North Carolina State football team has not been to Morgantown since the 1970s, so they aren’t going to be up on all of the Morgantown trends. Their defensive coordinator could have given their band a heads up, though. If anyone knows about those things it’s Gibby, the WV native and former WVU assistant.

They did get one thing right, though. Mountaineer fans do love to sing along to the song “Sweet Caroline.” We just prefer to put our own twist on the lyrics.

Mountaineer fans are having a blast at Mountaineer Field. Hopefully the boys can hang on and get the W over an ACC team.