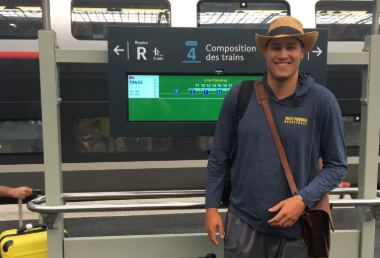 Following two years away from the court, Nathan Adrian  is now a professional basketball player after officially signing with Bordeaux Metropole in France.   Today, JSA-Bordeaux-Metropole-Basket welcomed Adrian to the team on Twitter, saying, “Ended up in the final eight last year after 1st season back in the league.  Hope Nate is going to help us win every game and get that game crowded.  WVU hoops fans are welcome!”

Hi there ??, ended up in final eight last year after 1st season back in the league ?! Here is a little preview of what’s coming up for Nate : https://t.co/bkocTNwAZj – hope Nate is gonna help us win every game and get that gym crowded – @WVUhoops fans are welcome