My War on the West Virginia Sports Media 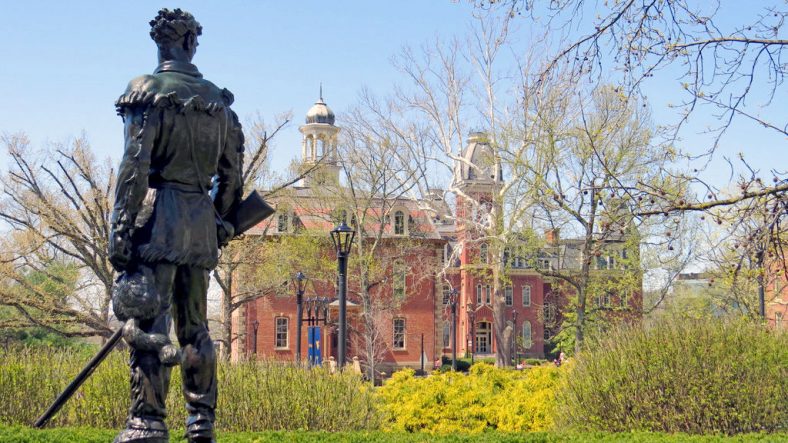 Elvis Presley was hated, despised by the majority of the public when he started his career in show business.  It’s unthinkable to consider now, but Elvis – his music, his persona, his dance moves – was dangerous to most people.  For people who grew up on traditional jazz and show tunes, Elvis gyrating his hips to a completely new sound was dangerous, threatening, despised.

Jackie Robinson, the first African American to play Major League Baseball in the modern era, encountered massive amounts of racism from teams, fans, and even his own teammates.  He went on to become one of the best baseball players ever and universally adored by sports fans, but people were not used to seeing an African American play baseball with white players and they resisted change.

Both Presley and Robinson eventually broke down barriers in their respective profession, despite being challenged every moment throughout the beginning of their careers.  The point is, people are resistant to change and what they don’t understand, they blindly attack.

The West Virginia media is filled with “yes men”, professional journalists who are told what to think and what to write, what to cover and what to stay away from.  Anything controversial or different is avoided because they are comfortable with the status quo and without asking more of their audience.

To prove my point, I challenge my audience to find one West Virginia sports writer who has challenged the status quo or the popular opinion.  Just one.  One writer, one article, one case of a West Virginia writer stating an unpopular opinion.  You’ll find that it’s impossible because it doesn’t exist.  This is important because it highlights how all sports journalists – particularly those covering WVU sports – share one voice.  Their unwillingness – or inability – to challenge their readers or the popular belief of others should be considered repulsive by readers.

West Virginians are exceptionally proud and love the great state of West Virginia.  Unfortunately, journalists in the state have taken advantage of this pride by only presenting the positives and what they know their readers want to read.  This isn’t real because not only positives exist in our world.  Often there are negatives and the no-so-pretty (ugly) side of West Virginia sports (which is significant) goes unreported.

For example, Neal Brown gives a press conference every Tuesday afternoon at noon.  He updates the media and gives us a few nuggets that the general population will find interesting.  West Virginia writers take Brown’s updates, adds a few of his quotes and creates an “article” out of this.  There is no thought put into it, no controversy, no talent.

This is why it’s impossible to tell the difference between the WVU 247 Rivals site, Smoking Musket, DubV Sports Now SI, etc., because their articles are literally exactly the same.  Their articles are easy, safe, non-threatening and their limited remaining readers eat it right up.  These outlets know what West Virginians want to hear and they spoon feed it to them.  This type of journalism is coming to an end and that is evidenced by how badly we’re beating them.

For their readers to question what I do and say that I what I do is “clickbait” or “garbage” or “sensationalism” is outrageous.  Don’t you see how much easier it would be for me to write the same safe articles that they do?  Their articles require zero talent and minimal effort.  Didn’t people see Elvis’ superb talent, or were they too blinded by their own misconceptions?  Were people able to see Jackie Robinson’s extraordinary abilities through their own prejudices?

What I’m doing is different, unique and revolutionary.  I’m giving the state of West Virginia and its people a voice.  Not the same shared voice that West Virginia readers have digested for so long but a new, passionate voice that cares so much about our state and the university that questions, constructively criticizes and makes our world a better place.

Like Elvis Presley and Jackie Robinson, being different and revolutionary isn’t always easy, but it’s meaningful and it’s a fight worth fighting