My Thoughts on Whitney Cummings 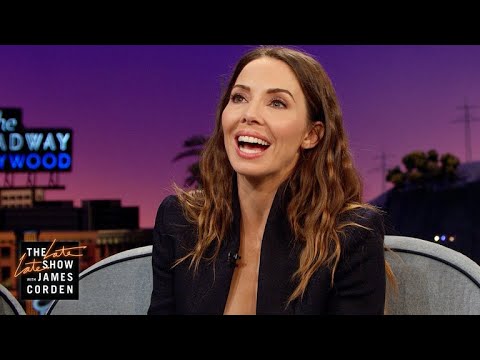 Whitney Cummings is a comedian and comedians are expected to make jokes about everything.  They are observant and find humor in every day life and this is how they make a living.

People in general are far too sensitive about everything.  West Virginians are especially sensitive about the great state of West Virginia.  Our pride in where we’re from is inherent in our DNA.  We love the state and can’t fathom how anyone could possibly not see what we see.

With that said, Whitney Cummings did absolutely nothing wrong during her appearance on the Late Late Show with James Corden.  If you’ve not seen the clip from the show, Cummings said that after he father passed away, she found out through records that she’s from West Virginia, not Western Virginia like she had always thought.

Cummings obviously was aware of the difference between West Virginia and Western Virginia, and the joke was so obvious that it’s hard to believe that anyone took it seriously.

Cummings went on to say, “There’s a big difference between Virginia and West Virginia.  Like, four chromosomes difference.  It’s like the skin tag of Virginia.”

This is a cheap shot at West Virginia and its people, but certainly not out of bounds or unfair in any way.  Cummings continued by adding, “It’s like the taint of Kentucky.”  For those that don’t know, the “taint”, or perineum, is the area located between the anus and the genitals.

Cummings made fun of herself for having “weak gums” and said that her dentist said that her “teeth are running away from your head”, joked about having “Hillbilly DNA” and revealed that she has always been attracted to men with beards.

In the short, 3 minute clip, I laughed more than a few times and there’s no more proud West Virginian than Brad Smith.  The clip was amusing, silly and certainly not filled with any true ill feelings towards West Virginia.

Being a successful female comedian is not an easy task. Very few women have broken through in the field of stand up comedy and Whitney Cummings has managed to do so.  She’s a fun, intelligent comedian and she did what she had to do to get some laughs on a talk show.

Cummings, who spent a lot of her childhood in Harpers Ferry, West Virginia, took to Twitter following her appearance and clarified about how she truly feels about West Virginia, saying, “I am sorry this upset you.  Not my intent.  I have family ther.e  I love the state and people.  Comics make fun of everything – I also made fun of LA and DC where I’m also from.  I think it’s the most beautiful place on earth and spent my summers in Harpers Ferry as a kid.  Just jokes.”

I am sorry this upset you. Not my intent. I have family there. I love the state and people.Comics make fun of everything – I also made fun of LA and DC where I’m also from. I think it’s the most beautiful place on earth and spent my summers in harpers ferry as a kid. Just jokes❤️

People from Los Angeles and Washington DC undoubtedly did not get angry by Cummings’ comments and neither should the people of West Virginia.  If we’re going to rise about the stereotypes, these ridiculous stereotypes must first not be taken seriously.