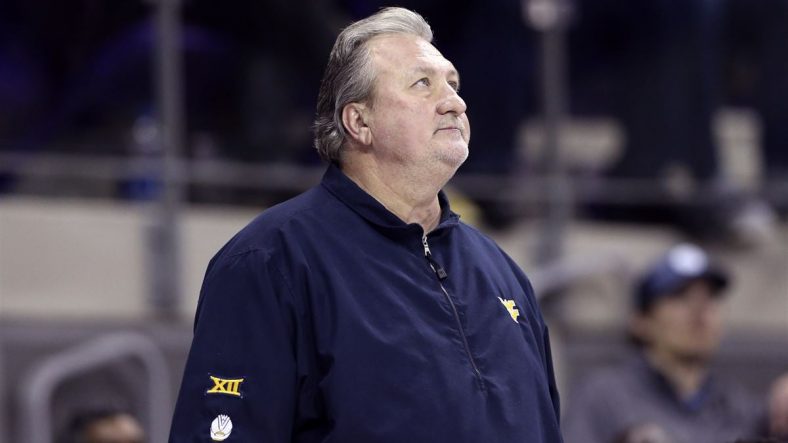 Bob Huggins will win a national championship before it’s all said and done, and this year’s team gives him as good as of a chance as any.  Coming off a disappointing 15-21 season, the Mountaineers are a completely different team now.

Last year’s team lacked a lot of things but most notably it needed scorers, particularly from the perimeter.  Head Coach Bob Huggins went out and got two of the best perimeter scorers from the JUCO ranks, Tajzmel “Taz” Sherman and Sean McNeil.

Sherman averaged 25.9 points per game and shot 39.9% from three-point range and 87% from the foul line for Collin College in Texas.  Taz is a scoring machine at any level and gives the Mountaineers an immediate go-to player when they need a bucket.

Sean McNeil, who averaged 29.7 points per game and made 4.3 three-pointers per game for Sinclair Community College in Dayton, Ohio, gives West Virginia a player that they haven’t had since former Mountaineer Chris Leonard.  McNeil, like Leonard in the past, is an absolute sharpshooter and will make teams pay that give him an open look.

Sherman and McNeil alone completely change Huggins’ team from last year with their scoring potential.  However, Huggins also adds Oscar Tshiebwe, the program’s best recruit in decades, who has the body and maturity to compete as a Freshman.  Putting Tshiebwe next to Derek Culver, the Big 12’s top recruiting big man, makes this the best interior duo in the country.

West Virginia’s point guard, Jordan McCabe, has shown extraordinary improvements during the offseason and has become the team’s undisputed leader.  His growth in the second half of last season showed what he’s capable of and he will only get better.  McCabe will also be pushed by the spectacular Freshman point guard Miles McBride, who Bob Huggins has glowed about since McBride has arrived on campus.

Jermaine Haley, a Senior guard who was West Virginia’s best player at the end of last season, brings a consistent, steady hand to the lineup and who is also much taller than most guards in the conference.  Although Haley isn’t a great shooter, he’ll likely play at the two guard next to McCabe as a starter.

Rounding out the starting lineup is Emmitt Matthews, Jr., who has grown in size and who Bob Huggins calls the team’s “most improved player during the offseason”, is a perfect small forward to compliment Tshiebwe and Culver.  Matthews has shown during team’s trip to Spain and at the Gold-Blue scrimmage game that he has extended his range and can not only get to the rim but can also score from the perimeter now.

Chase Harler, Logan Routt and Brandon Knapper are all key substitutes that can step in and add key minutes off the bench.  Harler is an improved shooter, Routt has gotten stronger and more consistent and Knapper showed last season that he can be an effective player off the bench when given an opportunity.

This is a deep, talented, hungry team that wants to make last year’s disappointing season a distant memory.  This is a team worth betting on and I believe in Bob Huggins.  With that said, the Mountaineers are +10,000 to win the National Championship.  With those kinds of odds, a bet of $500 will pay $50,000 if West Virginia can win it all this season.

Betting $500 on the Mountaineers to win the National Championship this year doesn’t mean that I necessarily think that they will be the last team standing, but I do think that the risk/reward ratio is absolutely worth it.  The West Virginia Mountaineers will be back this season and they have as good of a chance as anyone to win it all and give Bob Huggins his first National Championship.