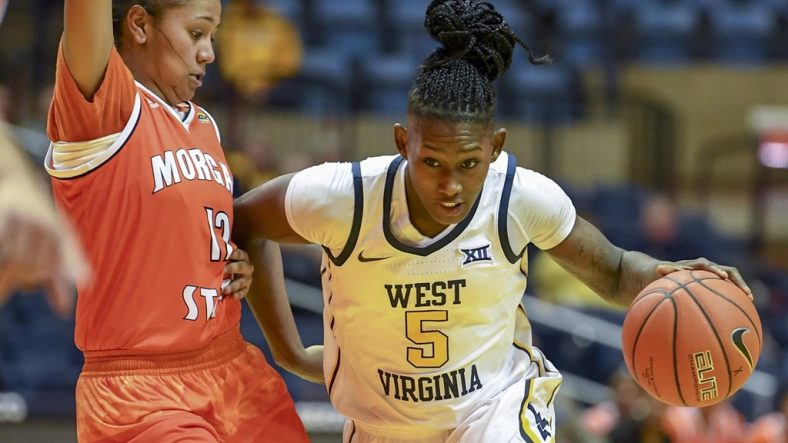 Back in August WVU women’s basketball senior guard Tynice Martin was suspended indefinitely from the team. This was after she averaged 17.4 points and 5.9 rebounds per game and shot 42% from three-point range.

Despite having an opportunity to be drafted in the WNBA Draft, Martin decided to return for her season after it ended in disappointing fashion with a loss to Northwestern in the NIT. The following statement was released by WVU with regards to her suspension:

At the time of the suspension, there was a lot of speculation going around that we may have seen the last of Tynice Martin in a Mountainer uniform.

That turned out to not be the case.

This was just hours after The Dominion Post reported that Martin pleaded no contest to a battery charge.

Up next the Lady Mountaineers take on Presbyterian on Sunday at 2 p.m. at the WVU Coliseum.