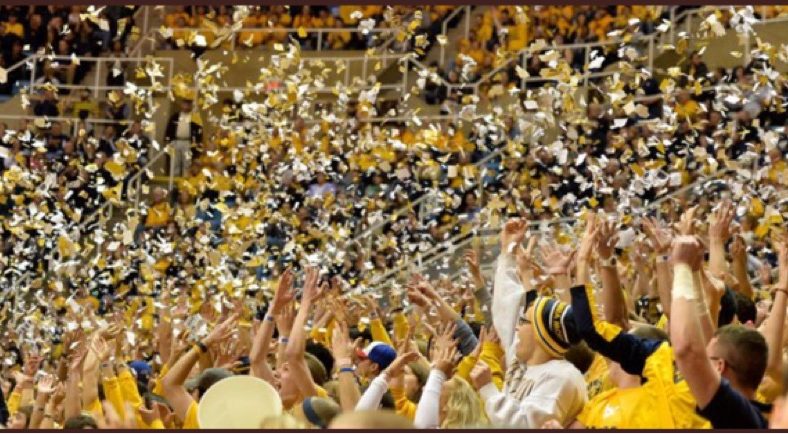 Behind a career high 28 points (13-20 FG) from Jermaine Haley and the hot-shooting of Jordan McCabe (5-6 3PT, 18 points), the Mountaineers won their final home game of the season in convincing fashion against the Iowa State Cyclones, 90-75.  West Virginia shot 57.5 percent from the field in the first half and raced to a 54-33 lead.  Double-double Machine Derek Culver had 15 points and 11 rebounds, his 8th double-double of the season.  Despite a poor shooting performance (3-12 FG and 1-7 3PT), Lamont West also added a double-double with 12 points and 12 rebounds.

Iowa State trimmed the lead in the second half, but Haley and McCabe seemingly answered every time the Cyclones closed the gap.  The Cyclones (20-10, 9-8) were without redshirt senior guard Marial Shayok, who injured his left foot during practice earlier in the week.  Shayok averages a team-high 18.7 points per game this season.

Why is Sagaba Konate still sitting on the bench?

The crowd was extremely disappointing for a final home game.