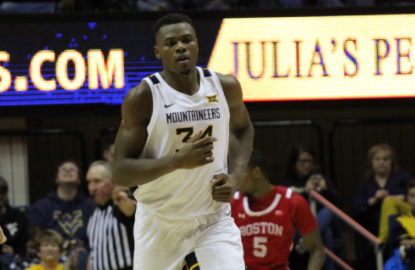 The West Virginia Mountaineers beat the Wichita State Shockers 74-63 to win the Cancun Challenge Championship and advance to 6-0 on the season.

The Mountaineers were led by Freshman Oscar Tshiebwe, who had another double-double with 19 points and 18 rebounds.  Emmitt Matthews, Jr. had 13 points on 5-8 from the field and 3-5 from three point range.

Sean McNeil came off the bench to add 8 points on 2-3 from three point range and Derek Culver had 7 points and 9 rebounds.

The Shockers, who fall to 6-1 on the season, were led by Sophomore guard Erik Stevenson who had 19 points and 5 rebounds.

West Virginia will now travel back to Morgantown and have a few days off before returning to play Rhode Island on Sunday, December 1st at 2PM.  The game will be televised ATSN.