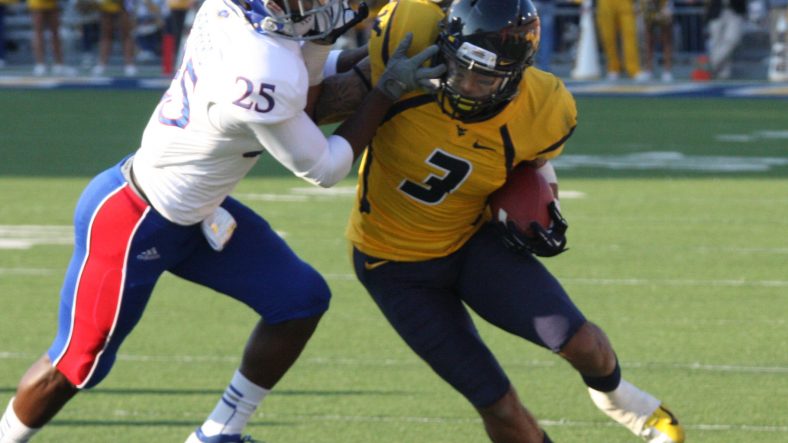 Kansas has to be hungry for a victory. They have to see us as vulnerable. We certainly can’t underestimate the Jayhawks.
Check it out:

Ask Dana Holgorsen – or, really, anyone associated with West Virginia’s football team – about this week’s opponent and the response is pretty much the same as it would be for any team on the schedule.

Sure, Kansas is but 2-7. The Jayhawks have won exactly one Big 12 game during the Obama administration. KU football is the definition of inadequate.

“Yes, but they’ve played six really good teams in a row and have played competitive,” Holgorsen said. “We’ve got our hands full.”

Truth be told, Holgorsen might be right. After all, this isn’t exactly a juggernaut Mountaineer team that plays a noon (ET) game Saturday in Lawrence, Kan. West Virginia is 4-6 and will have its first losing season in a dozen years if it can’t beat Kansas and then Iowa State two weeks later.