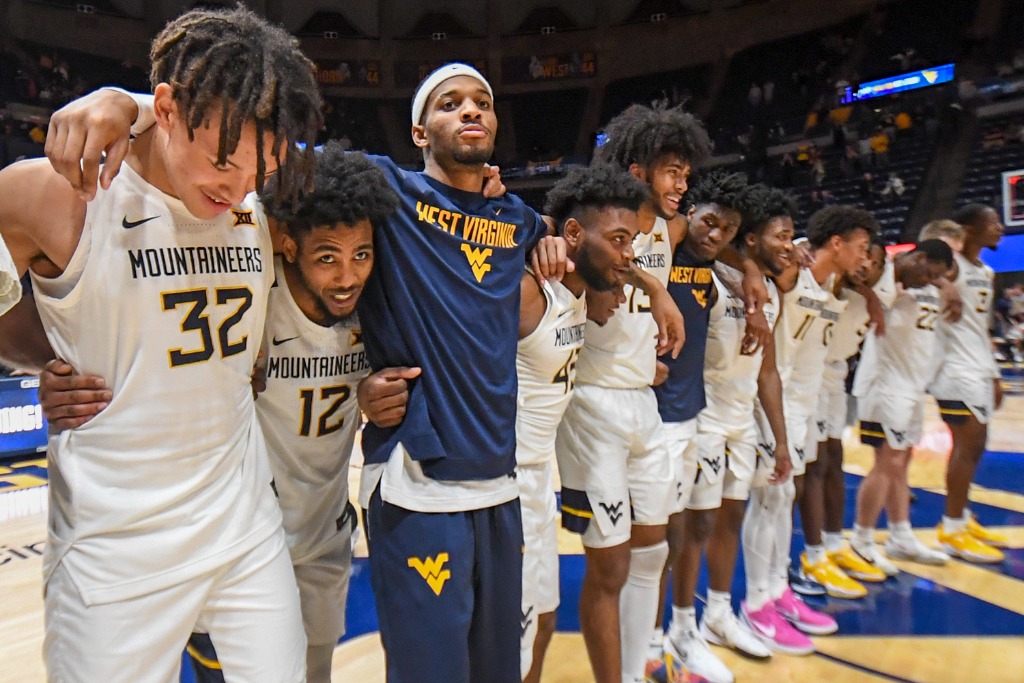 In front of a sold out WVU Coliseum, the West Virginia Mountaineers knocked off the Pitt Panthers on Friday night, 74-59.

Things were really never in doubt for Bob Huggins’ crew this evening, as they took a 36-24 lead into the locker room at intermission. Sean McNeil found his groove early and often, knocking down two early 3-pointers en route to finish with 11 points. He would also tally 1 steal and 2 assists on the night.

Taz Sherman once again proved he can be a force to be reckoned this season. His hot scoring streak continued, as he again scored in the double-digits with 17 points.

Defensively, the Mountaineers continue to be a headache for opponents. The Panthers were forced into 31 turnovers, with 18 of them coming in the first half.

West Virginia returns to action on Thursday night as they take on Elon. The game will be the first round of the Shriners Children’s Charleston Classic in Charleston, South Carolina. Tip-off is set for 9 p.m..

The game will broadcast on ESPN2.