Mountaineers Take on the Cowboys in Big 12 Tournament 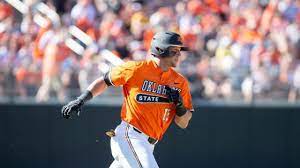 Yesterday afternoon the Mountaineer Baseball team stunned #1 seed Texas in the Big 12 Baseball double elimination Tournament being played in Oklahoma City.  It was a stunning win not just because WVU as the #8 seed was playing the #1 seed, but less than 24 hours before they had to come from behind in the play-in game against Kansas just to get the opportunity to play the Longhorns. 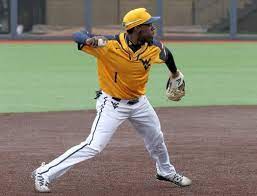 As a result of yesterday’s 5-1 Jackson Wolf complete-game win, the Mountaineers will play #4 seed Oklahoma State tonight at 7:30 CT, or 8:30 Mountaineer Time.  The Cowboys finished the season 12-12 in conference and 32-16-1 overall.  The teams played each other 3 times during the regular season with OSU winning 2 out of 3 games.  In one of those games, the Cowboys exploded for 21 runs, the second-highest run-scoring total of the season and the most given up by WVU all season.

West Virginia comes into the game with an overall record of  25-25 and has gone 10-4 over their last 14 games, including 2 wins over top seed Texas that includes the win last night.  Oklahoma State is also 10-4 in their last 14 games with 1 win over Texas. Both teams are playing well and so the game should be very entertaining, to say the least.  The game is on ESPN+ and it can be found on other sites from video, to audio to gamecast.

The winner of tonight’s game advances and the loser will then play against the winner of the Texas vs Oklahoma game being played this afternoon.