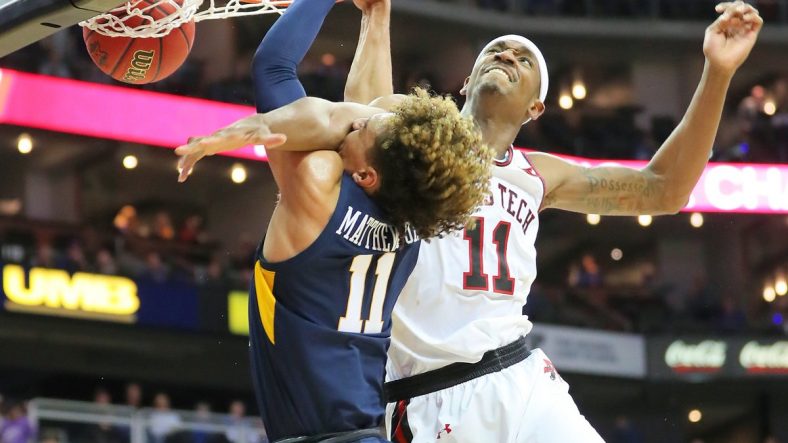 The West Virginia Mountaineers are playing their best ball at the right time. The Mountaineers take down Texas Tech by a final score of 79 to 74 and move to 2-0 in postseason play. West Virginia maintained the lead for almost the entire game, but the No. 7 ranked Red Raiders made a late push that the Mountaineers were able to survive and advance.

West Virginia knocks off Texas Tech, 79-74, to advance to the semifinals of the Big 12 Championship!#HailWV | #Big12MBB pic.twitter.com/CRbls69L9A

West Virginia was led by the extremely efficient Emmitt Matthews Jr. who had 28 points on only 14 field goal attempts. Jordan McCabe added 13 points despite going 4-for-18 from the field. Although McCabe struggled from the field he was the primarily ball handler against a hounding Texas Tech defense. Jermaine Haley had 11 points, Lamont West had 10 and Derek Culver contributed 6 points and 13 rebounds.

On any given night any player in the Mountaineer starting lineup can step up and lead the team in scoring.

Emmitt Matthews Jr. ended the first half with an explosive dunk and the foul that pushed West Virginia’s lead back out to nine after a run by Texas Tex brought them within four.

Big 12 Players of the Year Jarrett Culver led the way for the Red Raiders with 26 points and 10 rebounds.

Up next for the Mountaineers is the winner of the Kansas-Texas game that gets underway 20 minutes after the finish of West Virginia-Texas Tech game.