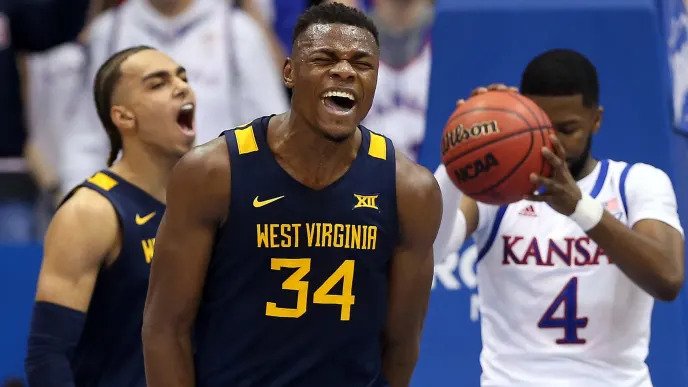 After posting a 2-0 record last week, including a win over then No. 22 Texas Tech, it wasn’t a matter of if the Mountaineers would move up in the AP Top 25, but how much they would move up.

Well it’s Monday afternoon and you know what that means. The AP Top 25 is out. Without further adieu….

The 13-2 Mountaineers check in at No. 12 in the latest rankings.

The Mountaineers check in at No. 1️⃣2️⃣ in this week's AP Poll.#HailWV pic.twitter.com/T1U1VJnusx

Another 2-0 week would almost certainly put West Virginia in the top ten. Up next for West Virginia is a Tuesday night contest with the TCU Horned Frogs on Tuesday night at 9 p.m at the Coliseum. It’s always fun to beat Jamie Dixon and hopefully that’s exactly what will happen.

Saturday the Mountaineers travel to Manhattan, Kansas to take on the Kansas State Wildcats. The Cats currently sit at 7-8 overall and 0-3 in the Big 12. Nothing should be taken for granted when it comes to playing on the road in the Big 12.

Bob Huggins himself will tell you these rankings don’t mean much, but you gotta admit it’s nice to see a high ranking next to WVU while the scores are going across the bottom.