Mountaineers Start the Season Ranked No. 17 in AP Top 25 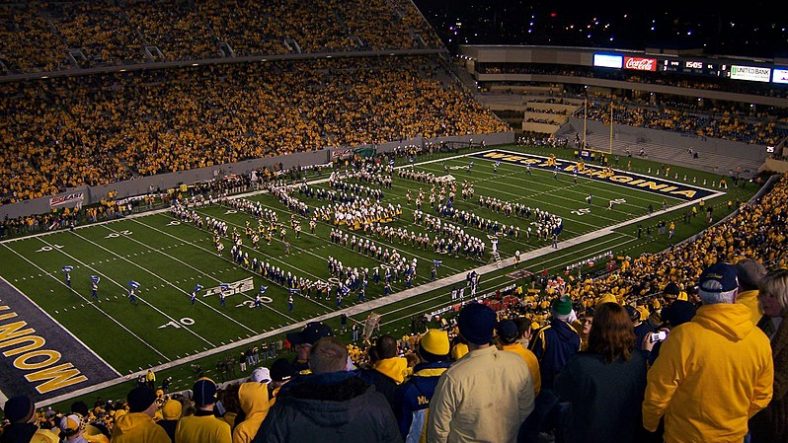 The Associated Press has released their Top 25 Poll and the West Virginia Mountaineers will start the 2018 season at No. 17. It’s pretty close to where the Coaches Poll had WVU earlier this month, with West Virginia swapping places with Virginia Tech.

West Virginia kicks off the season with a neutral site showdown against Tennessee that takes place in Charlotte, NC. After a home game against a competitive Youngstown State team, West Virginia heads to Raleigh to take on the North Carolina State Wolfpack. This will give West Virginia some early opportunities to move up the polls. Taking on two Power 5 non-conference teams is not a common feat these days.

The Big 12 has a healthy presence in the AP Top 25, with West Virginia being the third highest rated Big 12 team in the poll. Oklahoma checks in at No. 7 with TCU just a spot ahead of the Mountaineers at No. 16. The Texas Longhorns will start the season ranked No. 23.

With stud quarterback Will Grier back to lead one of the most high-powered offenses in the country, there will be no shortage of hype for the 2018 Mountaineers.

Count Rick Neuheisel among those impressed. While on Inside College Football, he predicted a 2018 Heisman Trophy for none other than Mountaineer quarterback Will Grier.

After a hiatus, MountaineerSports.com is fired up and ready to get things rolling for the 2018 season.