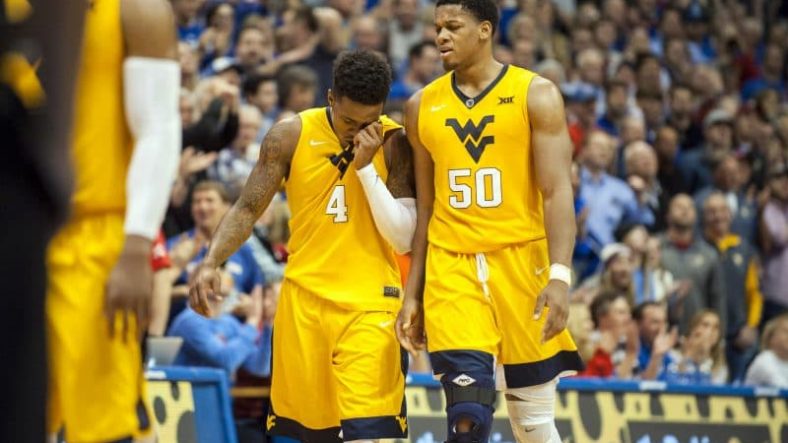 After a big win on the road the Mountaineers rise int he latest edition of ESPN’s Bracketology. Joe Lunardi has the Mountaineers as a No. 4 seed taking on Vermont in the first round. West Virginia is in the South region.

There are seven Big 12 teams in the tournament, according to Joey Brackets. No. 1 seed Kansas, No. 3 seed Texas Tech, No. 4 seed West Virginia, No. 10 seed Kansas State, No. 10 seed Oklahoma and No. 11 seed Baylor. Texas is one of the first four out so they have a great chance of making it. With their home loss to West Virginia, Baylor is one of the last four byes along with Kansas State.

What a fall it’s been for Oklahoma. At one point it was unfathomable to imagine Oklahoma not making the tournament. Someone needs to tell ESPN, as the Trae Young hype train is still going full speed. Currently Oklahoma is 16-11 and 6-9 in the Big 12. Their RPI is 32 so they are still solidly in the field, but at some point they need to stop the bleeding. With six straight losses, they cannot finish the season with a 6-12 conference record and expect to make the tournament. Their remaining games are at home against Kansas State, at Baylor and home against Iowa State. Will be interesting to see what happens if they win just one of those games and then lose in their first Big 12 Tournament game.

Said it on Saturday, and stand by it today: Trae Young can't be the National Player of the Year. He just can't be. When your team is on pace to finish 8th in 10 team league and you're winless in February it disqualifies you. I'm sorry

Despite all of the close losses West Virginia has a chance to end up with a very strong seed in the NCAA Tournament. With an RPI of 27, West Virginia still has a chance to not quality wins at home against Texas Tech and at Texas. But first Iowa State pays the Coliseum a visit as the Mountaineers look to get revenge for their loss earlier this season in Ames.

Saturday is a Gold Rush and @WVUMedicine will have 10,000 gold foam fingers for fans! #HailWV pic.twitter.com/IGPKcnW8ha