Mountaineers Ripped Off At Fort Worth 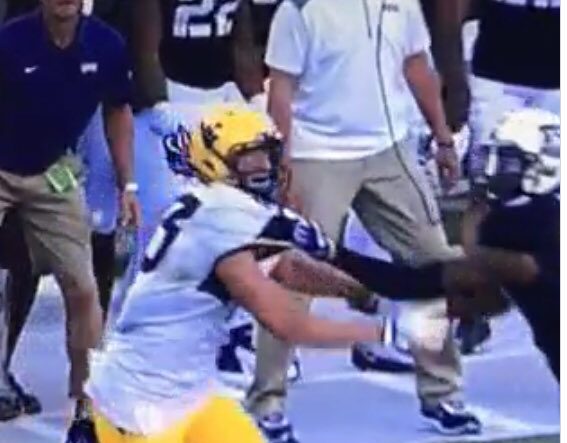 Sure, an argument can be made that one game isn’t decided by one play. Obviously whoever first used that cliche didn’t experience what WVU did Saturday in Fort Worth. Plus “Mountaineers Ripped Off At Fort Worth” is a good headline.

There were 149 plays in this game and this play was only one of them. That said, not many things demoralize an offense like a 15 yard penalty that results in 1st and 25.

In case you live under a rock and didn’t get to see the play, here is how it went down.

Hard to watch that play without talking how bad it is. No need to go into specifics. When a referee throws a flag for offensive pass interference they need to be sure of what they saw. This ref saw absolutely nothing. He cost the Mountaineers a shot at driving for a game tying touchdown.

Dana Holgorsen was obviously livid about the situation, but took the high road.

“I won’t talk about the officials ever,” Holgorsen said after his team lost their second game by a score of 31-24.  “I’d like to, but don’t want to.”

“Two minutes left in the game, they’re up seven, I think that’s a tough call to make, but it’s what he made, and we’ve got to go with it and fight the adversity, I guess,” David Sills said.

That wasn’t the only play where the Mountaineers took the short end of the stick. Elijah Battle made an interception to at the WVU 1-yard-line that should have stopped the touchdown drive that gave TCU the lead. On the field it was initially ruled an interception. It seemed it was clearly too close to overturn. Despite seeing the show below, the play was overturned, giving the Horned Frogs the ball back. 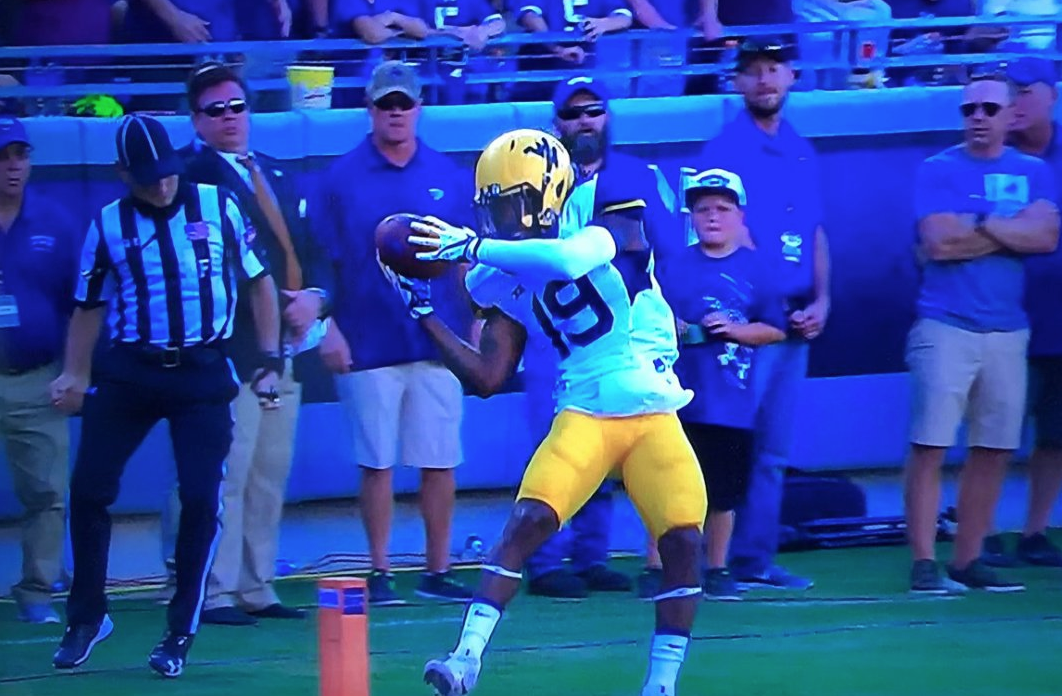 Then there was this play where David Sills got absolutely hammered out of bounds. Initially the refs threw a flag. After a discussion they decided to pick it up. How convenient.

Sure, calls can go both ways. The Mountaineers may have benefited from a call or two during the game, but these were three awful calls that went against the Mountaineers. There is no way these calls should have been missed.

Another thorn in the side for the Mountaineers was their inability to have any success in the field position battle. WVU started 4 of their first 5 drives inside their own 10 yard line. All they had to show for was a field goal despite piling up 240 yards.

There were two very costly miscues on special teams by the Mountaineers. The first one was when a WVU player blocked a TCU player into the punt returner, causing a fumble and turnover. The second was an inexcusable miss of a 29-yard field goal by Mike Molina.

Despite outgaining the Horned Frogs 508 to 406, the Mountaineers were unable to come up with a win. Costly penalties, poor field position and crucial turnovers led to the Mountaineer loss.