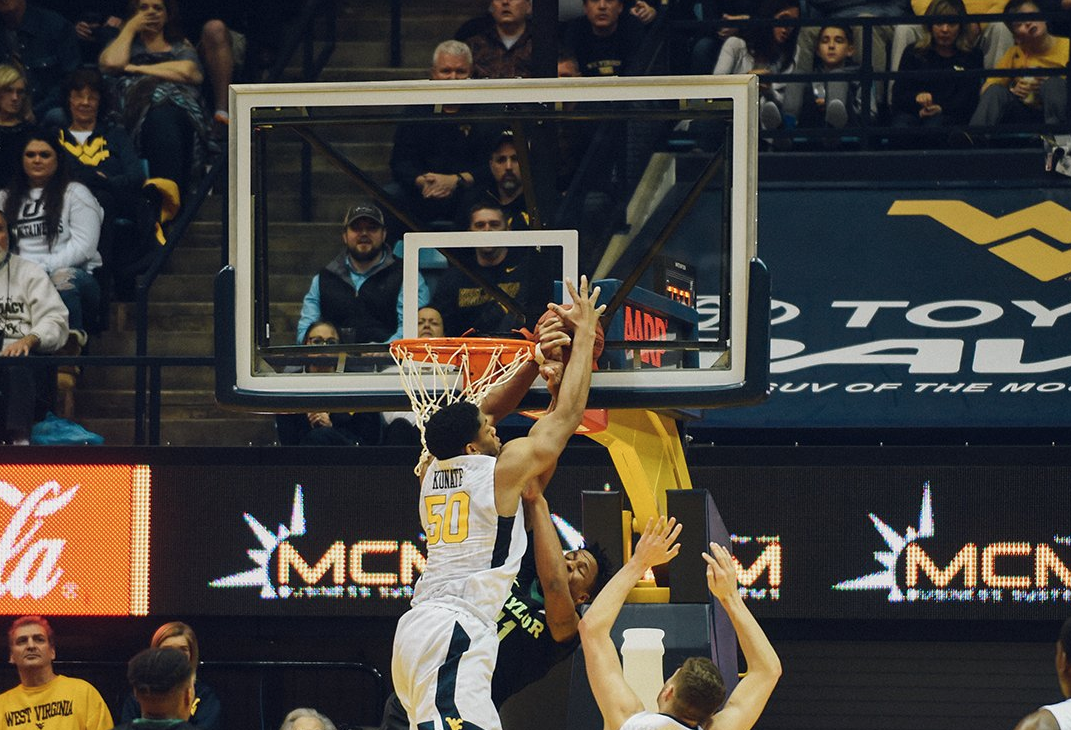 It wasn’t easy against Baylor. Is it ever? The boys did what they had to do and the Mountaineers pull out an ugly win over Baylor, 57-54.

The Mountaineers set their lowest point total of the season with 57 points. Baylor was able to completely snuff the Mountaineer offensive attack with tough interior defense.

Lamont West and Daxter Miles Jr. led the way with 12 points apiece for the Mountaineers. Jevon Carter was held to only 8 points, but he hit a big three late to put the Mountaineers in the lead for good along with a couple huge free throws to help put the game away. James Bolden added 8 points.

Jevon Carter drills the clutch 3-pointer to put WVU ahead for good as the Mountaineers defeat Baylor! ???? pic.twitter.com/h3voJmMaYR

Sagaba Konate had 8 points, 12 rebounds and 7 blocks. Very strong performance on the boards and on defense. His 8 points came on 3 of 14 shooting. Him and Jo Lual-Acuil Jr. did a great job of shutting each other down. They made it very tough on each other offensively.

One of the huge stories of the game was the complete absence of Teddy Allen. He was barely able to play, getting four fouls in very limited time. He had no points and one rebound.

It was a challenging game, but the Mountaineers did what it took to pull out a win late. This goes to show you there will be no easy outs in the Big 12.

Next up for the Mountaineers is a trip to Lubbock to take on the No. 8 Texas Tech Red Raiders. The Red Raiders are coming off of a 75-65 loss at Oklahoma, so they will be looking for a bounce back performance. Tip-off is set for 2 p.m. EST on Saturday and the game will be on ESPN. No rest for the weary in this conference.

West Virginia vs Baylor Game Info
WATCH: Mountaineers Get In Some Extra Practice AFTER Close Win Over Baylor