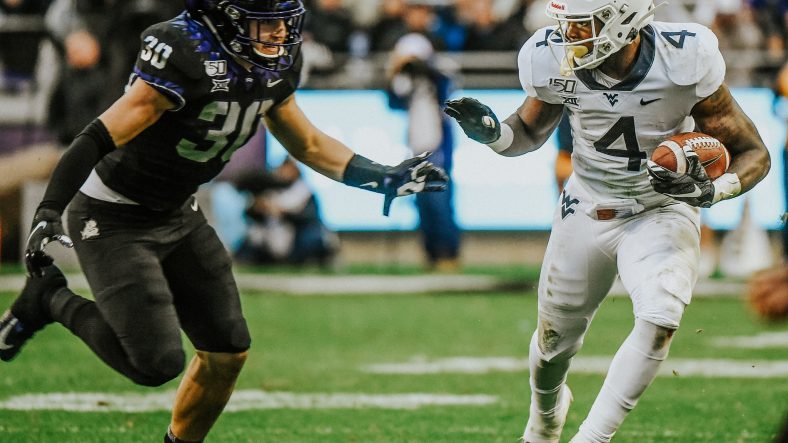 The West Virginia Mountaineers (5-7) season came to an end by upsetting the TCU Horned Frogs (5-7) 20-17 and spoiling their chances of becoming bowl eligible.

Kennedy McKoy, playing in his final game with the Mountaineers, led West Virginia in rushing with 51 yards on 9 carries.  Leddie Brown led the team in receptions with 6 catches for 41 yards.

West Virginia starting quarterback Jarret Doege struggled throughout the game, particularly on deep throws, but threw a dime to Isaiah Esdale late in the 4th quarter to put the Mountaineers ahead 20-17 and finished 20/34 with 158 yards, 2 touchdown and 3 interceptions.

The young West Virginia defense played well once again, giving up 279 yards and only 17 points.  Freshman Tykee Smith had a tremendous game with an interception and several pass breakups.

This season was expected to be a rebuilding year for the Mountaineers and they showed outstanding progress in the last several games.  It’s going to be exciting next year in Neal Brown’s second season in Morgantown!