Mountaineers Pick Up Big-Time Road Win Over No. 24 Kansas State 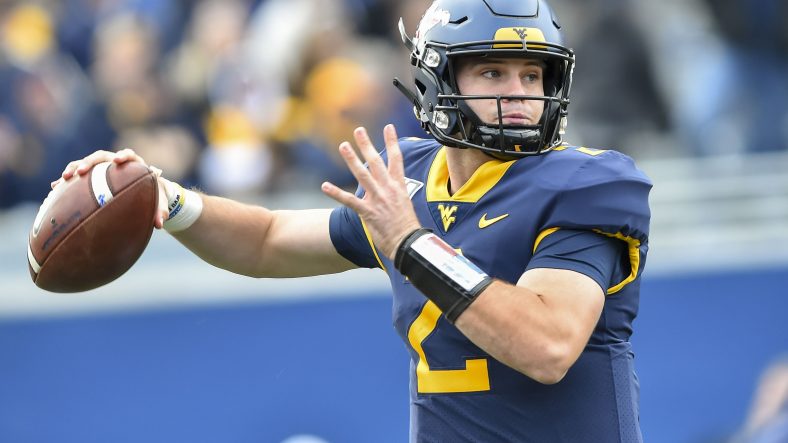 New starting quarterback Jarret Doege and the West Virginia Mountaineers marched into the Little Apple and stunned the No. 24 Kansas State Wildcats by a final score of 24 to 20.

The first quarter brought a successful start to the Jarret Doege era. He connected with George Campbell for two touchdown passes in the first quarter and the Mountaineers took a 14-13 lead into the half over the No. 24 Kansas State Wildcats.

The first one was a 29-yard connection with Campbell that tied the game up at 7.

Then his second touchdown pass howcased his mobility as he hit Campbell with a 15-yard strike on 3rd and 13, giving WVU a 14-10 lead.

Kansas State added a field goal before the half. Doege took over with less than a minute to go but WVU kicker Casey Legg was wide left making the score 14-13 at the half with WVU leading.

Josh Norwood had a highlight interception in the first half. Unfortunately he injured his shoulder and missed the rest of the game.

Kansas State got the ball to start the second half and drove 70 yards and took the lead on a 3-yard touchdown run by James Gilbert, making the score 20-14.

Skylar Thompson was driving Kansas State with hopes of his fifth game winning drive of his career. It was not to be as Hakeem Bailey picked him off and sealed the deal for the Mountaineers.

The losing streak is over and the Mountaineers scored a big-time road win.