Mountaineers In The NFL Report – Week 3 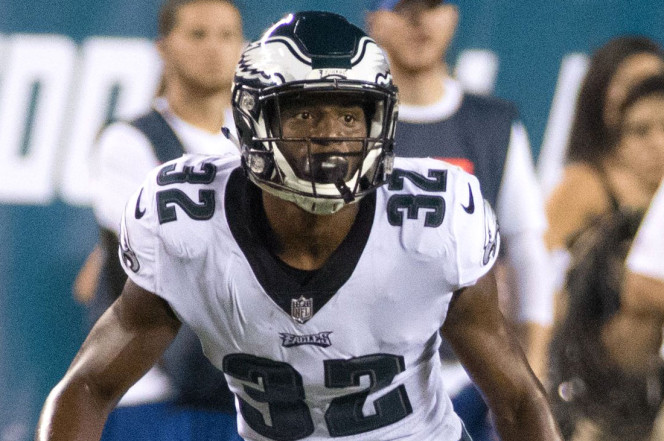 If you’re wondering how the Mountaineers in the NFL are performing this report will brief on their week 3 performances. Once a Mountaineers, always a Mountaineer.

CB Rasul Douglas of the Philadelphia Eagles made his first start in the NFL. Not only was it his first start, but he also picked off Eli Manning. The NY Post did an awesome feature on Douglas.

That is a Giant interception by Rasul Douglas. pic.twitter.com/E2dJPC4ZrF

RB Wendell Smallwood, also of the Eagles, had a big performance against the Giants as well. He gained 71 yards on 12 carries along with one catch for 12 yards. With Darren Sproles getting a season-ending injury there will certainly be an increase in opportunities for Smallwood.

CB Daryl Worley of the Carolina Panthers has started all 3 games for the Panthers. He made 7 tackles including 1 for a loss.

WR Tavon Austin of the Los Angeles Rams only played 15 snaps. The left the game in the 4th quarter due to a concussion.

Giants backup QB Geno Smith was active, but did not play.

This blitz pickup by Wendell Smallwood is the type of play that leads to more snaps, injured Darren Sproles or not. #Eagles pic.twitter.com/xajO7RFkZI

Karl Joseph, safety for the Oakland Raiders, continues to be an impact player for the Raiders. He played every single defensive snap and had 9 tackles.

LB Bruce Irvin, also for the Raiders, had 6 tackles.

Tennessee Titans guard Quinton Spain started at right guard and contributed to a very successful rushing attack in the Titans win over the Seahawks.

Adam “Pacman” Jones of the Bengals had 3 tackles in an overtime loss to the Packers.

Safety Keith Tandy started for the Tampa Bay Bucs and had 1 tackle.

Despite seeing action in 26 offensive plays, Charles Sims of the Bucs was only able to gain 4 yards on 2 carries along with a catch for 9 yards.

DL Will Clark of the Tampa Bay Bucs saw action on defense and special teams. He was credited with 1 tackle.

LB Najee Goode of the Eagles saw some action on defense and special teams, but was credited with zero tackles.

Offensive lineman Adam Pankey of the Green Bay Packers was active, but did not see any game action.