Mountaineers Move Up in AP Top 25 and Coaches Poll 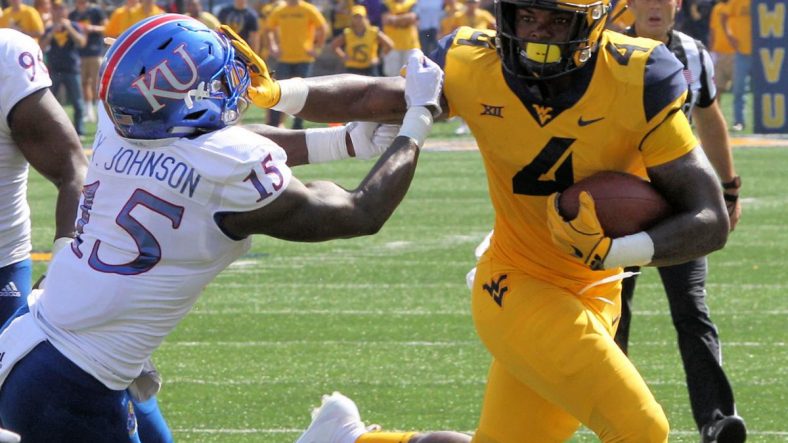 After an unimpressive Homecoming win over Kansas , the Mountaineers move up in both the AP Top 25 and Coaches Poll. Despite a disastrous performance by Heisman Hopeful Will Grier, West Virginia was able to pull off the win. The Mountaineers are now ranked No. 6 in both polls.

#WVU moves up three spots to NO. 6 in the AP Top 25 poll. pic.twitter.com/KJovCITIc3

West Virginia jumped past Oklahoma and LSU in both polls. In both polls the top 8 are exactly the same:

Texas vaulted up to No. 9 in the AP Top 25 and No. 14 in the Coaches Poll after a big win over Oklahoma. The Sooners dropped to No. 11 in both polls.

Funny you ask about the Cyclones. They happen to be the Mountaineers next opponent. The game is scheduled for this Saturday at 7 p.m. It’s hard to underestimate a team that has a 26-13 home loss to Akron.

Vegas oddsmakers have set the Mountaineers as 7-point favorites for Saturday’s contest. Despite a 2-3 record and the bad home loss against Akron, Iowa State does have some decent showing this season. A road win over Oklahoma State to go along with very competitive losses at TCU and at home against the Sooners.

Thursday night Texas Tech takes on TCU. Oklahoma and Kansas have bye weeks. Oklahoma State takes a trip to Manhattan for a noon kickoff against the Fighting Bill Snyders. Baylor takes a trip to Austin in hopes of the Longhorns experiencing some hangover after their big win over the Sooners.