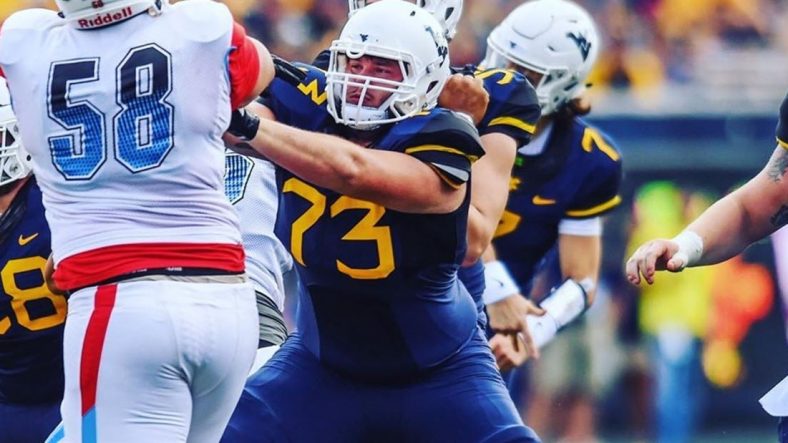 The offensive line has been West Virginia’s biggest area of concern early in the season and now they are losing one of their most talented players .  Josh Sills, the 6’6 326 pound redshirt junior, is out for the season following surgery on his shoulder yesterday.

Sills, who is a three year starter at guard for the Mountaineers and All Big 12 Conference First Team by Street and Smith’s, is a huge loss for the Mountaineers on the offensive line.  Neal Brown announced the news today during his weekly press conference and added, “This is something that Josh has dealt with for a while now.”