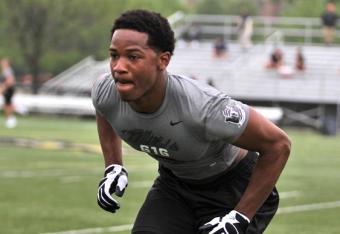 Looks like a huge get. He even had an offer from Alabama.
Check it out:

Dravon Henry, a rising star in the Class of 2014, has made a decision on where he will attend college and play football next year.

Head coach Dana Holgorsen was fortunate to grab this immensely talented athlete to bolster his secondary. Henry was believed to be considering Pittsburgh, Miami (Fla.) and more prestigious schools before deciding to take his talents to West Virginia.

According to 247Sports’ composite rankings, this young talent grades out as a 4-star athlete and was the No. 1 recruit in the state of Pennsylvania.