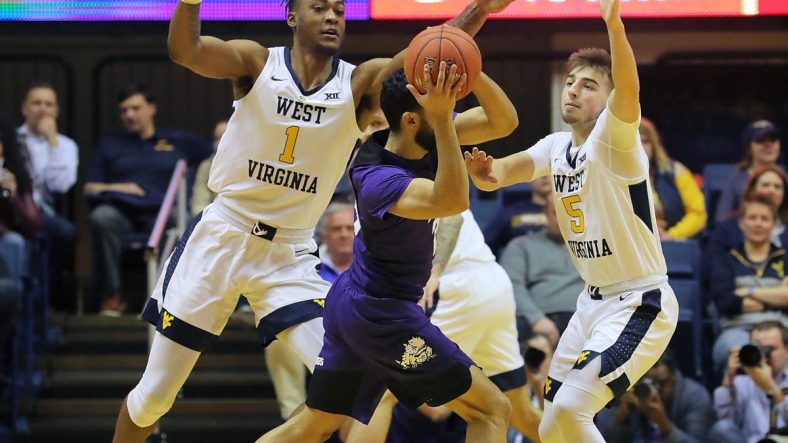 With the Oklahoma Sooners fighting for their NCAA Tournament life, the Mountaineers head into Norman looking to play spoiler .

Joe Lunardi has the Sooners as a No. 10 seed in his latest version of Bracketology. This puts them in a very similar spot to where TCU was coming into the West Virginia game. After losing to WVU, TCU is now listed among the “last four byes.” This puts them in a dangerous spot and they will need to win more games to make sure they are dancing. That’s a spot Oklahoma does not want to be in.

Coming off of a win over TCU and long-time rival Jamie Dixon, WVU has some momentum. Despite only going 1-2 over their past three games, the effort by the team has been improved. A case could be made that the removal of Esa Ahmad and Wesley Harris has had a direct correlation with the improved play. The first game after those two were dismissed was a blowout loss to Kansas, but the next three games were all spirited, competitive efforts from the Mountaineers.

The last time #WVU had 2 freshman lift their team to victory it was JC & Dax in 2014…in overtime…vs TCU…at home.

Tonight? It was Jordan McCabe and Derek Culver’s turn pic.twitter.com/kGlNDy8sLY

Jordan McCabe has emerged as a secondary option after big man Derek Culver. After not scoring in double figures the entire season, McCabe has scored in double figures in two consecutive contests. Against Baylor he had 14 points, five rebounds and four assists. His effort against TCU was incredible as he logged 50 minutes and had 25 points to go along with 11 assists and five rebounds.

Speaking of Culver, he has been a monster for West Virginia this season. Since coming off his suspension in late December, Culver has averaged 11.9 points and 9.7 rebounds per game. As he continue to improve and get better at finishing around the basket, he will become even more of a force in the Big 12.

Who could emerge and round out a WVU Big 3? Lamont West has shown flashes during his career, but has had trouble taking the next step and becoming a scoring option the team can rely on on a nightly basis. Brandon Knapper has shown some flashes of brilliance, but has been injured. Jermaine Haley has been a solid glue guy but hasn’t showcased anything that would suggest he will become a star.

Coming into the season putting a WVU Big 3 together without Sagaba Konate and Beetle Bolden would sound insane, but they have both been unavailable for much of the season.

It’s very possible the WVU Big 3 will come next season in the form of incoming five-star recruit Oscar Tshiebwe. The 6’9″ 250 stud should form an incredible duo under the basket with Derek Culver.

The Mountaineers and Sooners are set to tip off at 2:00 p.m. It will be televised by ESPNU.

It's Game Day at Oklahoma as WVU looks for its third win in a row in Norman. pic.twitter.com/rYf6cYbqbG