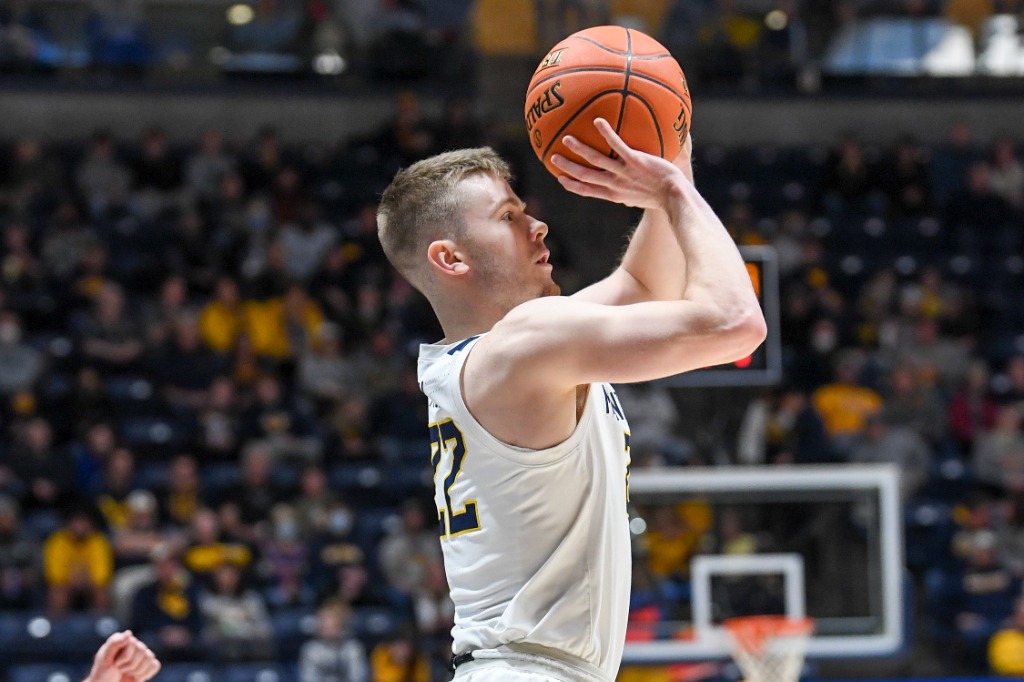 Mountaineers Handle Business Against the Cowboys

Mountaineers Handle Business Against the Cowboys

The West Virginia Mountaineers were able to improve to 13-2 overall and 2-1 in Big 12 play with a 70-60 victory over Oklahoma State on Tuesday night.

Coming off of a come from behind victory over Kansas State on Saturday, the Mountaineers were able to avoid an emotional hangover. On the night, WVU held respectable lead throughout, despite the Cowboys’ attempt to mount a comeback in the second half.

West Virginia, who has been an unpredictable team this season, was able to control this game despite a less than stellar night shooting. As a team, the Mountaineers connected on 37.3% of their shots. However, what was was most impressive from them was the job they were able to do at the free throw line. After all of their struggles all season, Bob Huggins’ squad connected on 21 of 22 free throws, good for 95.6%.

In the box score, WVU had four players score in double-digits. Jalen Bridges (22), Taz Sherman (13), Sean McNeil (12), and Gabe Osabuohein (12) all showed up and showed out tonight.

Osabuohein, who also notched eight rebounds, is the Mountaineer Sports player of the game.

West Virginia will now be facing arguably the best program in the Big 12 next. On Saturday, the Mountaineers will travel to take on the Kansas Jayhawks. The game is currently set to tip-off at 1:30 in Lawrence, Kansas.

It will broadcast on CBSz

According to ESPN’s BPI, the Mountaineers have a 14.2% chance at victory. This will begin a three-game stretch of ranked opponents for West Virginia, easily marking their most difficult stretch this season.