Mountaineers Get Boat Raced in Norman 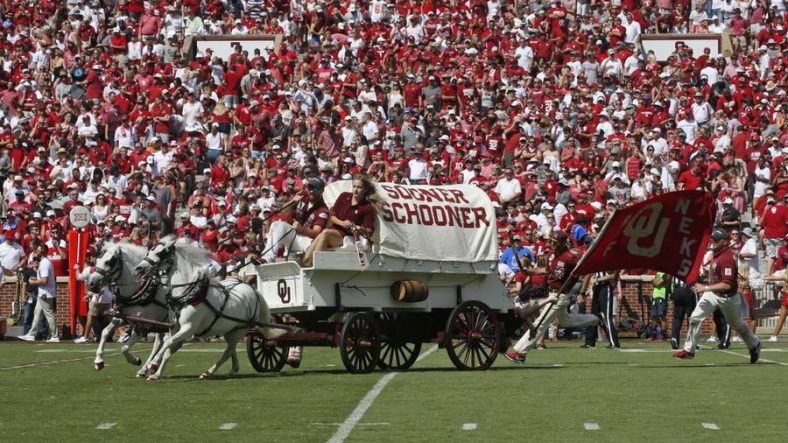 Any realistic Mountaineer fan knew today’s game was going to be a daunting task. That turned out to be the case and then some as the West Virginia Mountaineers were crushed by the Oklahoma Sooners by a final score of

WVU hung with the Sooners in the first half. Oklahoma got out to a 14-0 lead. The Mountaineers cut the lead in half when Austin Kendall hooked up with T.J. Simmons for a 38-yard touchdown on 4th down.

The Sooners scored two more touchdowns to push the lead to 28-7. Just before the first half ended Austin Kendall again hooked up with T.J. Simmons for another touchdown pass. This one was from seven yards out.

Despite being just two scores down in order for the Mountaineers to make a game of it the defense would have to do a much better job of stopping the Sooners.

In the second half that was not the case.

The Mountaineer offense went into the tank and the Sooners continued to pile up yards and touchdowns. Oklahoma scored the only 24 points of the second half and blew out the Mountaineers by a final score of 52-14.

Austin Kendall was 15-of-31 for for 182 yards and two touchdowns. The ground game was non-existent, gaining 51 yards on 30 carries. Leddie Brown led the team in rushing yards with 28 yards on 16 carries. T.J. Simmons was by far the team’s best offensive performer, with six catches for 74 yards and two scores.

The only bad moment for the Sooners was this:

The Sooner Schooner went down hard and Oklahoma is shook.

Up next for WVU is a visit from Texas Tech on Halloween night.