Mountaineers Drop In The Rankings After Rough Week 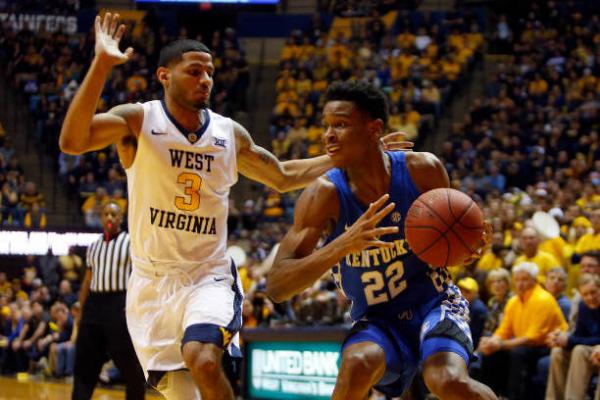 Going into the week Bob Huggins knew it was going to be a challenge. After losing at TCU and at home against Kentucky the Mountaineers drop in the rankings. Overall the Mountaineers have lost four of their last five games.

Mountaineers check in at No. 15 in this week’s AP poll. pic.twitter.com/cNkoBnO8hN

There are still four Big 12 teams in the rankings in the AP Top 25: Kansas, Texas Tech and Oklahoma along with the Mountaineers.

The loss against Kentucky was very tough to take after blowing a 17-point second half lead. Kentucky came out for the second half and completely owned the Mountaineers on the glass. Check out the highlights.

So far the Mountaineers own only two wins over ranked teams. They still have a game left against each of the three ranked teams in the conference.

The Mountaineer slide has came at the same time as the return of Esa Ahmad. It has been a transitional period as Teddy Allen has been in and out of the lineup along with the difficulty of inserting Ahmad into the rotation of a team that was 15-1 when he came back from suspension.

Last season the Mountaineers were 17-4 through 21 games. They were able to finish the regular season with a regular season record of 24-7. After winning two games in the Big 12 Tournament, West Virginia headed into March Madness with a record of 26-8.

One thing is for sure, the Mountaineers have the talent to get things back on track. Jevon Carter is a Wooden Award candidate. Despite the recent losses, Sagaba Konate has proven he has the skills to play against some of the best front lines in the country. Beetle Bolden came up huge against Kentucky hitting some clutch threes to put West Virginia back in the lead. Huggins has suggested lineup changes are coming, so it will be interested to see who gets the majority of the minutes Wednesday night against Iowa State.