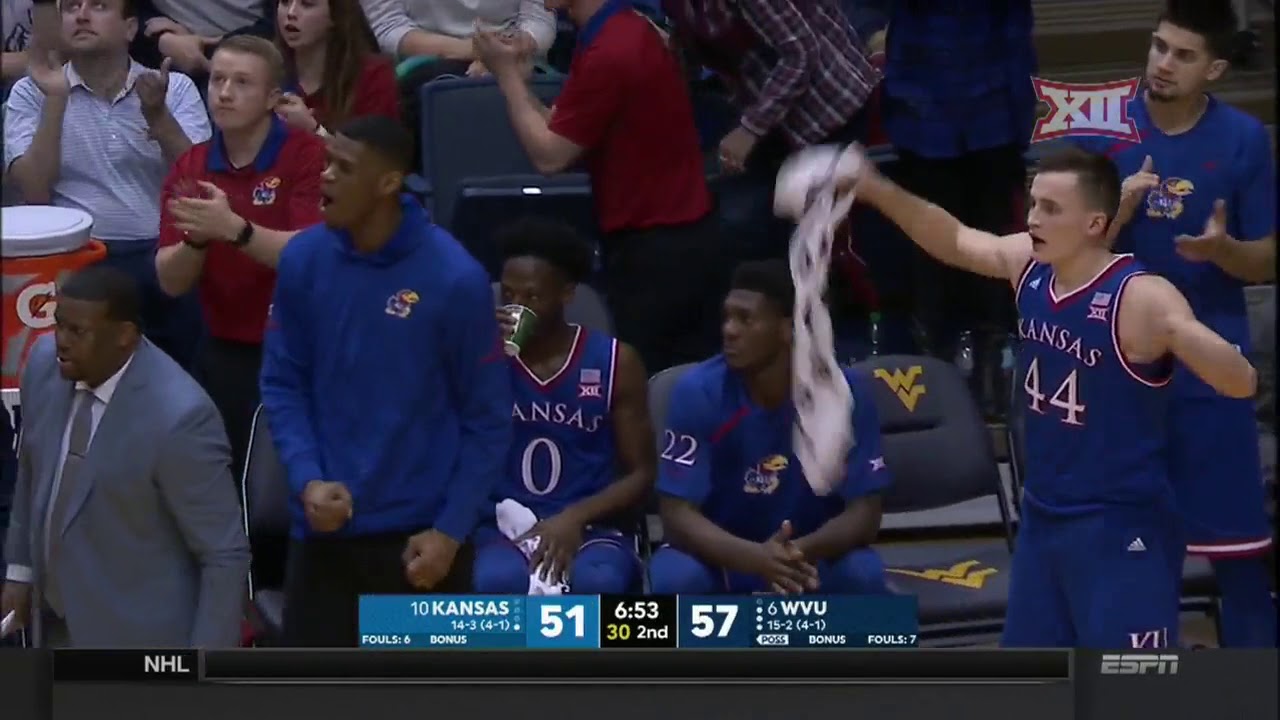 HIGHLIGHTS: Mountaineers Collapse In Second Half, Lose To Kansas 71-66

HIGHLIGHTS: Mountaineers Collapse In Second Half, Lose To Kansas 71-66

Bill Self came out for the game dressed like Bob Huggins. Pullover and all. In the first half the Jayhawks looked like a cheap imposter. Things changed and the Kansas Jayhawks snuck out of Morgantown after the Mountaineers collapse with a 71-66 win.

Sagaba Konate was the first half storyline. He was blocking shots all over the place. By the end of the first half Kansas was barely willing to enter the paint.

Sviatoslav Mykhailiuk thought it was a good idea to try to dunk one on Konate. Bad decision.

The Mountaineers were rolling and up 33-17. Then it was time for someone else to test Konate.

At halftime the Mountaineers led by a score of 41-28 and Konate ignited the crowd.

Later in the second half the Mountaineers ran into foul trouble. With Jevon Carter and Sagaga Konate with four fouls, Kansas was able to tie the game up at 59. Eventually the Mountaineers were given a one-point lead after Esa Ahamd’s shot was changed from a two-point basket to a three-point basket.

The final minute included many bad shots by the Mountaineers included some contested three-pointers by Jevon Carter.

This was the Jayhawks’ first win in Morgantown in five years.

Next up for the Mountaineers is a home game against Texas at 2 p.m. on Saturday.