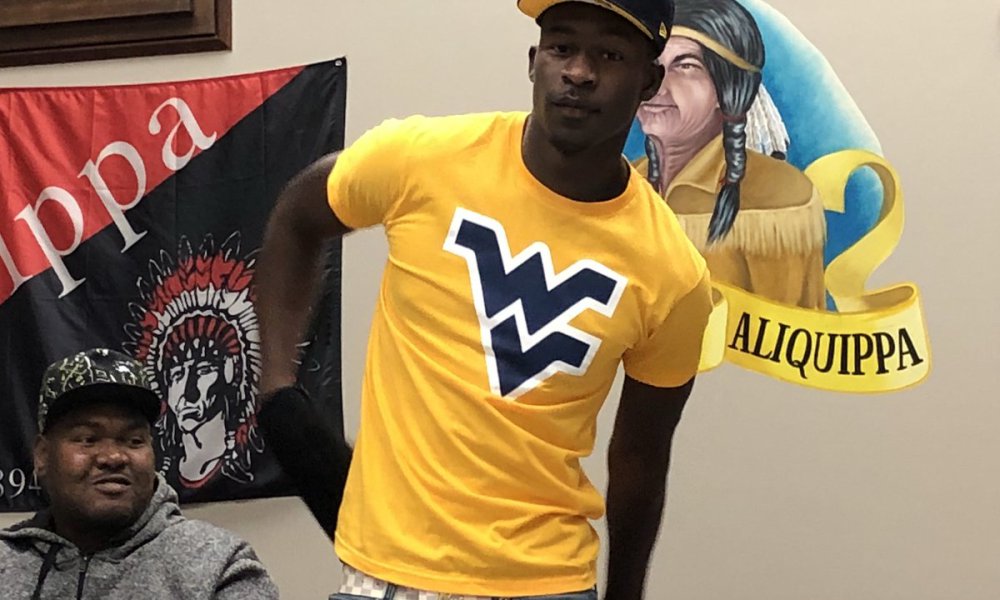 After landing 4-star safety Kwantel Raines earlier this week, you can now see the Mountaineers climbing the recruiting ranks.

There was a ceremony Monday night at Aliquippa (PA) City Hall where Raines announced he was choosing the Mountaineers over other big-time programs such as Florida, Penn State and local favorite Pittsburgh.

“I am going to West Virginia. I just felt real comfortable there, and will be comfortable playing there,” Raines told Brian Dohn of 247 Sports.com. “I just love so many things about West Virginia, and I feel comfortable with the position they want me to play. I think I can make an instant impact for their team.”

All glory to God.. pic.twitter.com/gaiszSZWyS

Getting in on the action early proved beneficial to Dana Holgorsen and staff. WVU was the first Power 5 school to offer Raines early last year.

West Virginia defensive coordinator Tony Gibson uses the 3-3-5 alignment on defense, which makes sense since Raines appears to be a great fit for the SPUR position which is a linebacker/safety hybrid position.

The Mountaineer currently manning this position is Kyzir White. Moving forward Raines will be a great replacement due to his size and speed.

247 Sports ranks Raines as the 15th rated safety in the nation and the 147th ranked player overall. He joins defensive end Dante Stills of Fairmont, WV as the Mountaineers other 4-star recruit.

Aliquippa High School has been a factory for NFL talent over the years. Some of the players they have produced include former Pitt standouts Mike Ditka, Sean Gilbert and Darrelle Revis. Ty Law, who attended Michigan, also went to Aliquippa.

This latest commitment moves the Mountaineers to 25th nationally, according to 247 Sports Composite. This moves them past Oklahoma State and Baylor to put them at fourth among Big 12 programs.