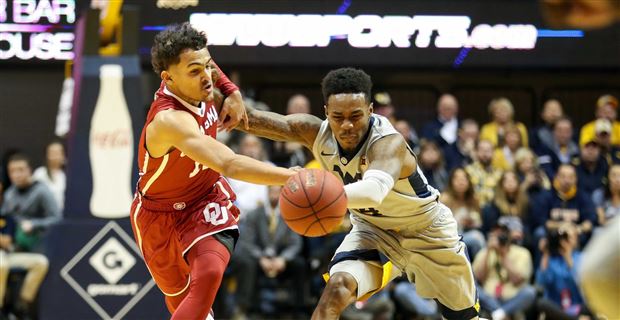 Mountaineers Climb To Highest Ranking Since 1959

Mountaineers Climb To Highest Ranking Since 1959

Yesterday Mountaineer Sports projected the Mountaineers should slot in at #2, with an outside chance at #1. Not to brag or anything, but we nailed it. The Mountaineers are ranked at No. 2 and received 12 first place votes.

The top 5 goes Villanova, West Virginia, Virginia (who the Mountaineers defeated of course, Michigan State and Purdue and Wichita State are tied for #5. As you can see there was a major shakeup in the top ten.

Additionally, Ted Allen was named the Big 12 Newcomer of the Week. In two wins Allen averaged 21 points per game in just 21.5 minutes per game. Allen shot 73.9% from the field and 88.9% from the free throw line. Teddy Buckets is quickly carving out a niche as a guy who gets hot in a hurry when he comes off the bench.

The Mountaineers play Baylor on Tuesday at home then Saturday another top ten showdown is lined up when WVU heads to Lubbock to take on #8 Texas Tech. These Saturday top ten showdowns are a lot of fun and hopefully there are several more on the way.

Texas Tech is coming off a huge week that included a convincing road win over Kansas. Not an easy place to get a W. The Red Raiders have one loss this year which came at home against Seton Hall. They are currently riding an eight-game winning streak. Taht’s not 14 or anything, but it’s not bad. The game will be televised on ESPN and tips off at 2:00 p.m. EST.