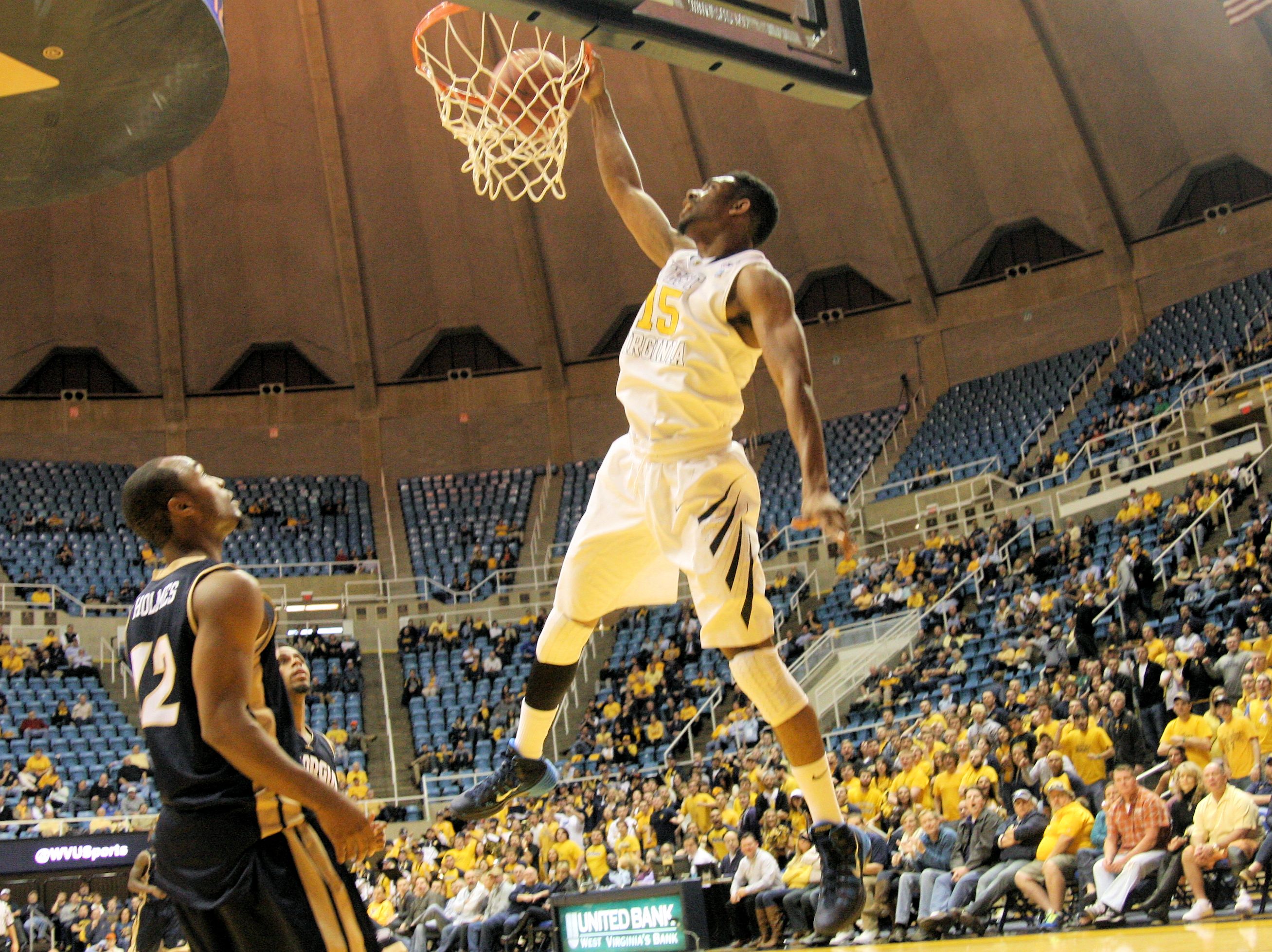 Getting the Mountaineers on the same page is making this year’s squad a lot of fun to watch.
Check it out:

Terry Henderson had a bad taste in his mouth after West Virginia fell to Wisconsin in the championship game of the Cancun Challenge.

He and his teammates recognized a missed opportunity and for him personally, it was a game that he didn’t get to involve himself in after he failed to play defense the way his head coach expected. He needed to get back on track. The Mountaineers as a whole needed to, and that’s what they did on Monday night.

Loyola (4-2) is no Wisconsin, but the Greyhounds were coming off of a hard fought loss to No. 13 Connecticut and were similarly trying to show that they were more like the four wins they had than like the one most recent loss.

“It’s a game we should have won,” Henderson said of Wisconsin. “But I knew, and my teammates knew, that Loyola had something coming for us. We don’t lose on our home court, we protect our home court and I thought we did a good job tonight.”

After a loss in a potential statement game, one that could show up under the quality wins column when the tournament selection committee looks at WVU, these Mountaineers knew the importance of shaking the memories of the past and looking forward to what was ahead.