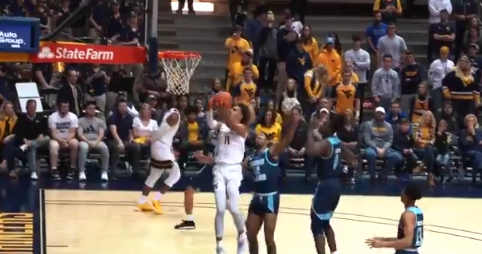 The West Virginia avenged a 13 point loss to Rhode Island last year by defeating the Rams 86-81.  The Mountaineers now move to 7-0 and are currently the #1 ranked team in the RPI rankings.  When the new rankings come out tomorrow, West Virginia should absolutely be ranked in the AP and Coaches Polls.

The Mountaineers were led by Derek Culver, who had his best game of the season by far, finishing with a career-high 25 points and 11 rebounds.  Emmitt Matthews, Jr. had 14 points and 3 rebounds, while Jermaine Haley added 15 points and 4 rebounds.  Freshman Oscar Tshiebwe just missed out on another double-double with 11 points and 9 rebounds.

Rhode Island was paced by outstanding junior guard Fatts Russell, who had 32 points on 3-4 shooting from three point range.  West Virginia will next play at St. John’s next Saturday, December 7th at noon.  The game will be shown on FS1.