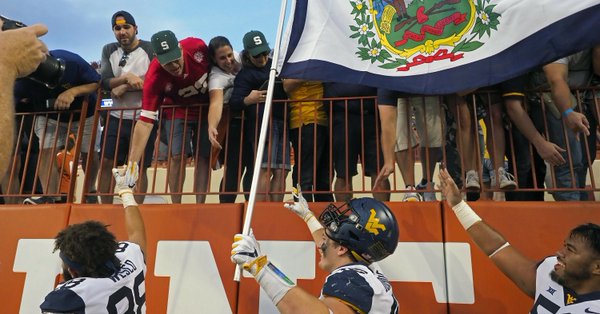 The huge comeback win in Austin puts the Mountaineers back in the top ten of the AP Top 25 and Coaches Poll. The new College Football Playoff rankings come out Tuesday at 9:10 p.m. EST.

Some big losses by top ten teams gave the Mountaineers the chance to move up to No. 7 in the AP Top 25 and No. 8 in the Coaches Poll. The top 3 remained unchanged: Alabama, Clemson and Notre Dame. Michigan, Georgia and Oklahoma all moved up a spot due to the LSU loss to 4, 5 and 6. WVU and Ohio State are 7 and 8 in the AP Top 25. In the Coaches Poll they are flip flopped.

Mountaineers like the view from on top of the Big 12 (with Sooners). @jimvertuno https://t.co/VNsIRubDDv

After the loss to the Mountaineers, Texas dropped to No. 15 in the AP Poll and No. 19 in the Coaches Poll.

With the win over Texas Tech, Iowa State has made their way into the top 25 in both polls. They were one of five teams making their AP debut for the 2018 season this week.

If the Mountaineers can survive a visit from TCU and a strip to Stillwater, it sets up an epic Black Friday showdown against the Oklahoma Sooners. What’s very interesting is this game could be followed by an immediate rematch in the Big 12 Championship. 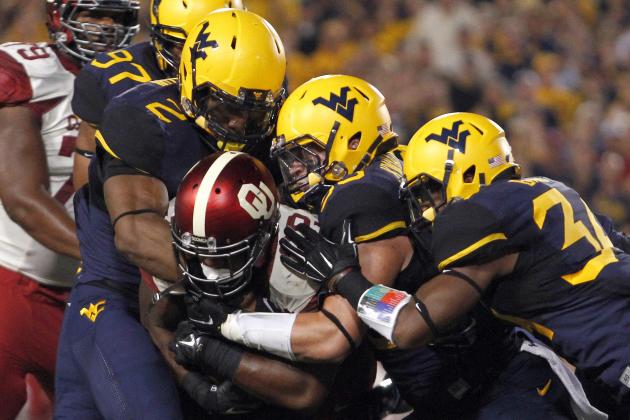 It’s an exciting time in Morgantown.