This Saturday, November 4 WVU is set to take on Iowa State. The Mountaineer uniform against Iowa State is a beautiful combination. of blue jerseys and white pants along with the white helmet with the state of WV on it.

I’m not one for new uniforms, but this is one of my favorites.

It has been worn one other time since Dana Holgorsen has been leading the team. These old school helmets were worn during the 1970 to 1979 seasons. Before changing to the iconic “Flying WV” these helmets with the state in blue with an old gold football were the school symbol. 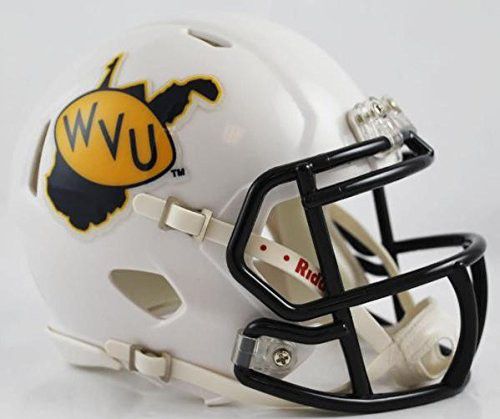 Hopefully this combination will go better than last time. In 2014 when this combination was worn the Mountaineers lost a tough one to Kansas State by a final score of 26-20. This was the last collegiate game for Clint Trickett and the beginning of the Skyler Howard era.