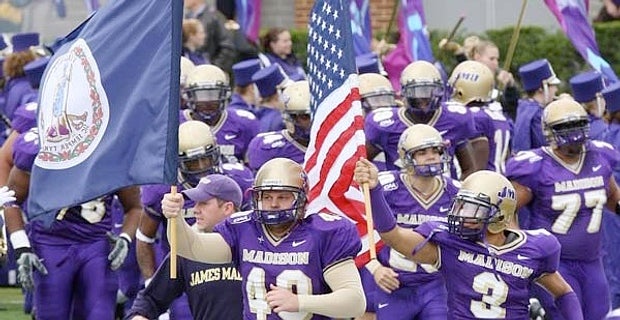 WVU opens up their season today at 2:00 against James Madison.  Here’s how our staff writers think the game will go:

The Neal Brown era of West Virginia football begins Saturday. Brown probably likes the idea of facing a FCS team in his debut, but likely wishes it was one further down the FCS food chain.

But he and the Mountaineers open with James Madison, the No. 2 ranked team in FCS. The Dukes figure to offer more in the way of resistance than WVU’s typical lower level foes does usually do. Add to that an incredibly inexperienced Mountaineers squad on both sides of the ball, and WVU’s first ever loss to a non FBS school is a real concern.

But the view from here is Brown and the Mountaineers handle the visiting Dukes. New quarterback Austin Kendall has the talent to keep JMU at bay. The WVU running backs corps is deep and experienced, so look for the offense to wear down the smaller Dukes.

The defense is as big a question mark coming into the season as the offense, but the depth and size of a Power 5 roster should be enough to beat a visiting FCS team – even one as accomplished as JMU.

JMU strikes early with a trick play (perhaps a fake punt) and takes the crowd out of the game before they can even get into it.  West Virginia’s suspect secondary gets picked on all game and struggles to stop Pitt transfer quarterback Ben DiNucci as he picks apart the defense for over 300 yards passing.

West Virginia will try to run the ball and control the clock, but JMU stacks the line and forces Austin Kendall to throw.  West Virginia’s receivers are talented but incredibly young and inexperienced.  In their first game action playing together, Kendall and the receivers can’t get on the same page and make several key mistakes.

I hate to say it, but it’s going to be ugly.

Finally Austin Kendall comes alive in the 4th quarter. WVU takes the lead late on a Sam James touchdown catch and win 24-21. Despite three quarters of dismal football, WVU fans are talking about the Austin Kendall-Sam James connection on the way home.

Any notion that West Virginia is not a far more talented than JMU is ridiculous.  This West Virginia team, albeit unproven, is a very talented, cohesive group that is hungry to prove the world wrong.

Neal Brown is a master at having his team ready strategically and he will be two steps ahead of Curt Cignetti, who is also in his first season at JMU.

Mountaineer Field will be on fire and the crowd will be electric as the Mountaineers enter the Neal Brown Era with an absolute beat down of the Dukes.  West Virginia’s size, depth and skill will be too much for JMU.