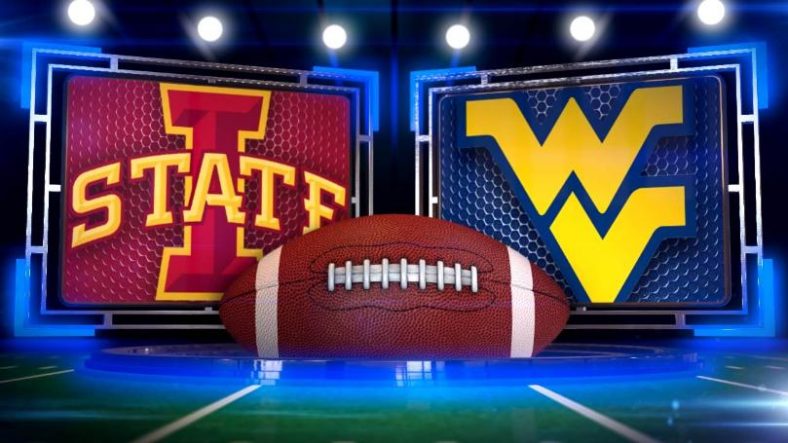 This Mountaineer football team is a very different team at home.  Thankfully this game will be played in Morgantown.

While the Mountaineers were able to get a win over NC State at home, this Iowa State team is much better.  In their last two games they blew out TCU and lost a close one to a very improved Baylor team.

Much like last week, WVU will keep it close until the 4th quarter with Iowa State putting it away late.

Iowa State offers a very similar challenge to the Mountaineers that Texas offered last week:  A tough, well-coached team with an even better defense than the Longhorns.  Brock Purdy is certainly as good or better than Sam Ehlinger and his mobility and ability to get first downs on the ground will cause problems for the Mountaineers.

West Virginia will play a much better game this week, but Iowa State is simply a better team.

West Virginia’s 42-31 loss to Teas last week offers a Rorschach test for WVU fans on both the season and the early returns on the Neal Brown era.  Glass half-full Mountaineers fans see WVU outgained one of the premier teams in the country.  They also saw quarterback Austin Kendall throw for a career-high 367 yards in Kendall’s first game of really challenging a defense down the field.  Half-empty fans saw a WVU team that eventually got worn down by the superior depth of a Big 12 contender and that same quarterback throw four interceptions that robbed his team of any chance to pull the upset.

There is truth in both narratives.  It’s possible that Saturday’s home test against Iowa State will give clarity towards one more than the other.

Possible but not likely.

The Cyclones have been somewhat disappointing this season. One of the three teams considered serious Big 12 title contenders (along with favorites Oklahoma and Texas), their 3-2, 1-1 record is definitely underwhelming for the Ames, Iowa, faithful.  Iowa State is coming off its best game of the season, a 49-24 home whipping of TCU.  So it’s possible and maybe probable that the Cyclones are beginning to hit their stride.

That’s not great news for the host Mountaineers, who have to rebound from their toughest opponent of the season thus for to face their second toughest.  Look for this be another game where the Mountaineers more than hold their own for much of the contest, but where the talent differential eventually becomes apparent.  Kendall likely will be the key.  If he can stretch the defense like he did against Texas while simultaneously avoiding the disastrous mistakes from last week, WVU could pull the upset.

Preface:  I bet $10,000 on West Virginia to not only cover the spread today but also win outright.  Full disclosure, I don’t bet on games a lot.  It’s the ugly, dirty side of sports that I don’t typically like to get involved with.  A few degenerate, loser gamblers corrected me by saying that I will win $26,000 outright and not just the $16,000 that I said I would.  Fantastic.  $10,000 more.

As the Senior Writer for the most popular, widely-read West Virginia sports media outlet in the world, I make an incredible living financially.  With well over 1,000,000 pageviews in the month of September alone (dwarfing the “competition”), Mountaineer Sports continues to grow and expand, and I get paid handsomely for my irreplaceable contributions.   While $10,000 seems like a lot to many West Virginians, it just really doesn’t mean that much to me.

With that said, $10,000 is still a lot of money!  I’m so confident that the West Virginia Mountaineers will not only cover the ridiculously erroneous line of 9.0 points, I put a “rack” (slang for $10,000 in a bundle of hundred dollar bills) on the Mountaineers winning the game outright.

Placing $10,000 on West Virginia to win outright will pay approximately $26,000 and I fully expect to be $26,000 richer this time next week.  I don’t often make bets, particularly on sporting events where so many factors must be weighed and the odds of beating the system are so low, but this particular bet was so automatic, so delicious, that I simply couldn’t pass it up.

They have a talented quarterback in Brock Prudy, who stepped in last year as a true Freshman and turned Iowa State’s season around from a 1-3 start to 7-2 in the final 9 games with him leading the team.  Their Head Coach, Matt Campbell, in his 4th season in Ames, is the real deal and is really too good of a coach to be coaching Iowa State.  The Cyclones’ defense is always good, leading the Big 12 in scoring defense last year (22.9 points per game) and ranked 9th nationally in yards per rush allowed (3.2 yards per rush).

However, Iowa State has not been particularly impressive this season.  The Cyclones’ 49-21 win last week at home against TCU should have been a much closer game than the score indicated due to some major mental miscues in the first half by TCU.  They also beat LA-Monroe 72-20 and squeaked out a victory over Northern Iowa in overtime 29-26.

While Iowa State has been solid against the run (113.6 yard per game), they rank 77th in the country against the pass (234.4 yards per game).  Austin Kendall, coming off a four interception game against Texas, will be dialed in and ready to exploit the Cyclones’ weak secondary.  Without Sean Ryan and potentially Sam James, West Virginia has plenty of young wide receivers that can step and produce (Bryce Wheaton, Tevin Bush, Winston Wright, Ali Jennings, etc.).

This feels like a breakout game for the West Virginia passing game and not only will they cover the spread, the Mountaineers will beat the Iowa State Cyclones outright and I will be $26,000 richer.  If we happen to lose, I’ll be just fine; I work for the leading West Virginia sports media outlet and I get paid.