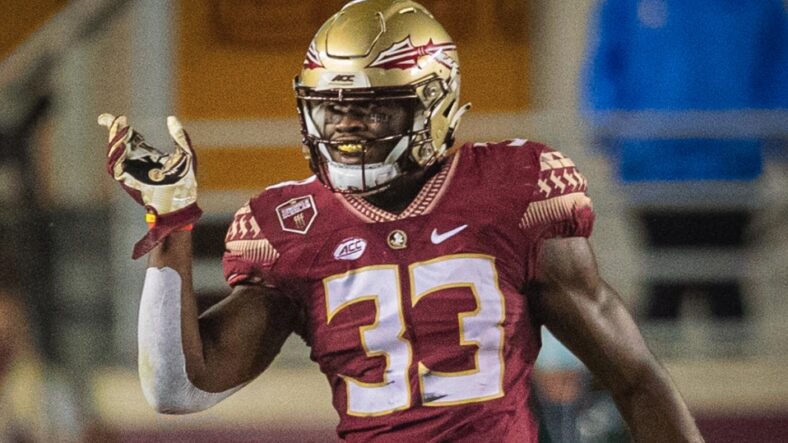 MORGANTOWN, WV—-It’s reported that Neal Brown met with Florida State linebacker Amari Gainer who entered his name into the transfer portal. Gainer has 210 total tackles. 6.0 sacks and five forced fumbles in his career. He is a former four star recruit.

OL Zach Frazier and DL Dante Stills were named to First team All Big 12 honors. Stills, a Fairmont WV native, will be heading to the NFL.

Former Wyoming Defensive end Oluwaseyi Omotosho may be headed to WVU. He posted 46 tackles, 7.5 tackles for a loss, 6.5 sacks and one fumble recovery. He had offers from Oregon State, West Virginia and Virginia Tech.

Defensive end Taijh Alston announced he will be entering his name into the transfer portal. Alston appeared in 26 career games over his four years in Morgantown. He had 56 tackles, 15 tackles for a loss and eight sacks.