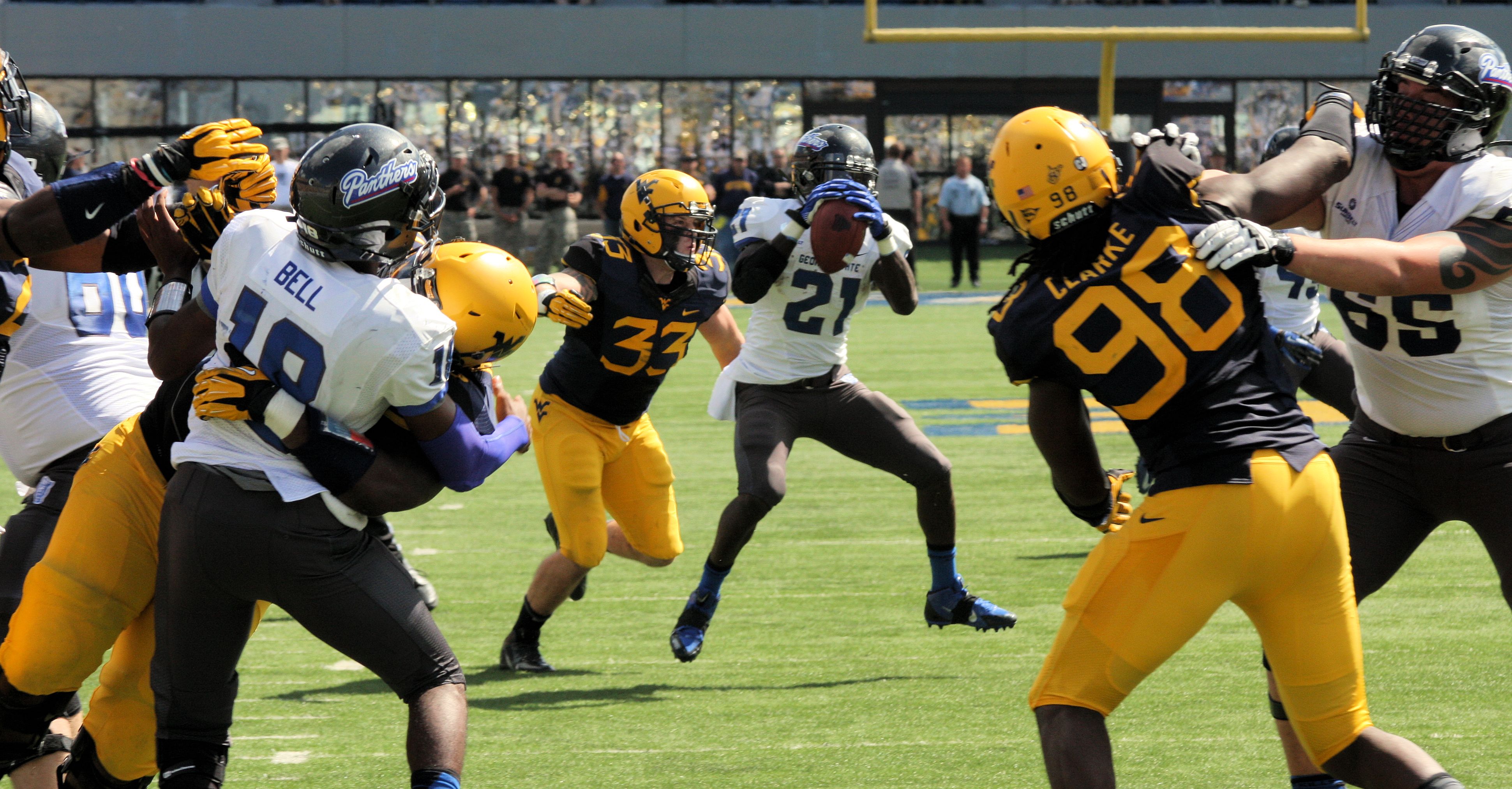 Hopefully these can be lessons learned to prevent losses later in the season.
Check it out:

After West Virginia defeated overmatched Georgia State by 41-7 on Saturday, Mountaineer receiver Ivan McCartney was asked if he was satisfied with the 34-point victory.

He looked up and slowly shook his head.

“No,” McCartney said softly. “We’re better than that.”

“We’re better than that.”

“A win’s a win,” Eger said. “But when we get in [today] and see the film, we’ll see areas we need to improve on. We’re nowhere near where we want to be. We still have strides to make.”