Mountaineer Memories: WVU Takes Down No. 1 UNLV in 1983 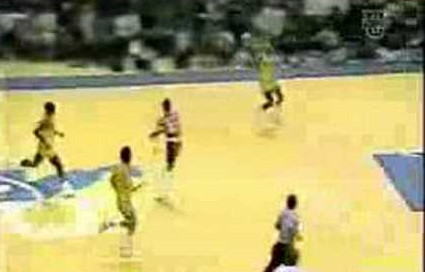 West Virginia basketball is 5-7 all time against the number 1 ranked team. The most recent victory was against Baylor in 2017, but today is for remembering what many fans consider to be the greatest WVU basketball game of all time.

On February 27, 1983 No. 1 ranked UNLV, led by legendary coach Jerry Tarkanian, traveled to the Coliseum to take on the Mountaineers. With the amount of NBA talent the Runnin’ Rebels possessed, 6 players off the 1983 team were drafted including Sidney Green and Larry Anderson, the Big West school was heavily favored as WVU had not beaten the number one ranked team in the country since the Johnson administration. In fact, this game fell on the 17 year anniversary of West Virginia’s last victory over number 1- a 94-90 win over Duke.

The highly anticipated contest saw over 15,000 Mountaineer fans packed inside the Coliseum to witness the game. After West Virginia took a 9 point lead into halftime, UNLV was able to close the gap to one, 49-48 with 10:43 left to play. But each time UNLV got close, point guard Greg Jones would answer right back. Jones helped kickstart an 11-5 spurt that would push West Virginia’s lead to 10 at the under four minute timeout. WVU would hold on for the 87-78 victory. Greg Jones, as he so often did, showed up when the lights were brightest as he had 32 points including 5-10 from beyond the arc. At the sound of the final buzzer thousands of students and fans rushed the court in a tradition as old as time.

Check out some highlights from an ESPNU segment called “Pride of the Program.”