Mountaineer Memories: WVU Takes Down Pitt at Heinz Field in Front of Record Crowd in 2002 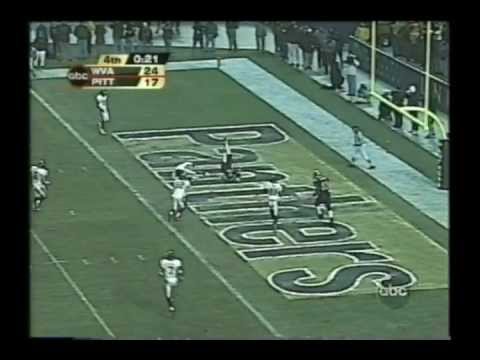 When Heinz Field opened in 2001, the general consensus was that the Pittsburgh Steelers would be playing the big, sold out games.  However, this was not the case on November 30, 2002 when the largest crowd to date, 66,731 to be exact, gathered to witness #17 ranked West Virginia against #24 Pittsburgh.

In the days when the Backyard Brawl was still an annual occurrence, the games often came down to the wire forcing both fan bases to lose a few fingernails.  This contest was no different.
Running back Avon Couborne rushed for 104 yards and a touchdown as the Mountaineers gained a total 232 yards on the ground.  The back and forth game saw the score tied 17-17 late in the 4th quarter when Rasheed Marshall got 79 out of his 123 passing yards on one throw when he hit receiver Phil Braxton for what ended up being the game-winning touchdown.

Pittsburgh had a chance to answer the score but quarterback Rod Rutherford’s pass was batted down at the line by Ben Collins to all but seal a WVU victory 24-17 victory.

Check out the highlights: