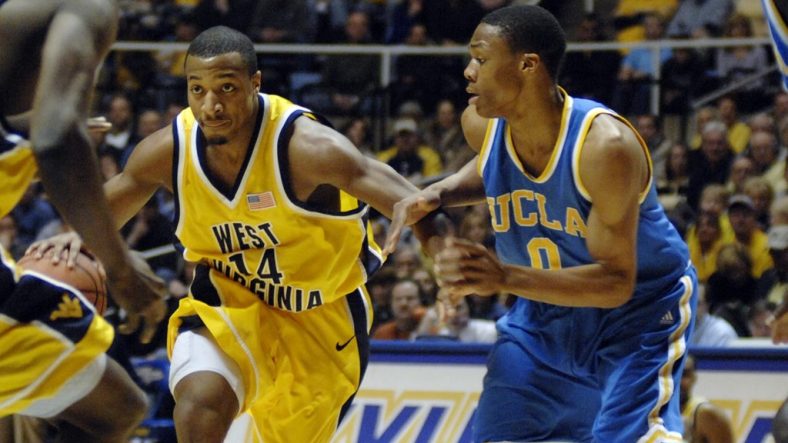 It is safe to say the West Virginia men’s basketball program is not known for its NBA prospects. However, the lack of next level talent has never stopped WVU from beating teams that possess future NBA stars. This narrative rang true on February 10, 2007 when No. 2 UCLA, led by future NBAers Arron Afflalo, Luc Mbah A Moute, and some guy by the name of Russell Westbrook, traveled to Morgantown to take on unranked West Virginia.

Having beaten them in the NCAA Tournament the previous year West Virginia was confident despite returning only 4 players who saw action against UCLA. In what was the Bruins first ever trip to Morgantown they quickly found that the Coliseum is one of the toughest places to play. The Mountaineers were winning 32-22 at halftime and after back-to-back jumpers from backup guard Ted Talkington the Mountaineers had their biggest lead of the game, 47-28 with 14:17 left in regulation. But UCLA was too talented to go away that easy as they went on a 15-0 run to cut the deficit to 4, making the score 47-43. The game would remain close until the final two minutes when it was 63-59 with 1:45 left to play, but some clutch free throw shooting from West Virginia late in the game propel them to a 70-65 victory. Hundreds of the gold and blue faithful rushed the court as Country Roads was blasted over the loudspeakers.

Incredibly, the game is on YouTube in its entirety. Having a slow Monday? We have you covered!