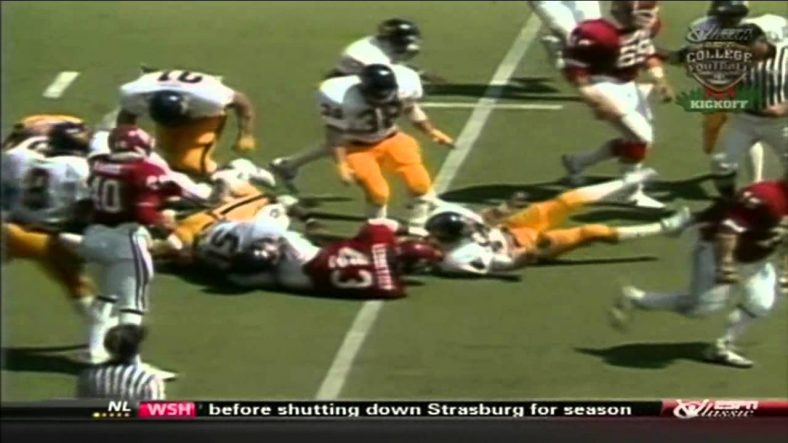 Ever since joining the Big 12 West Virginia has failed to beat Oklahoma whether it be in Norman or Morgantown.  But on September 11, 1982 the Mountaineers pulled off one of the greatest upsets in program history.  In what was just their third ever meeting, West Virginia traveled to Oklahoma to take on the Sooners, a team they had been blown out by 42 points (52-10) the last time these teams met four years prior.

The unranked Mountaineers needed all of quarterback Jeff Hostetler’s 321 yards passing to counter 9th ranked Oklahoma’s 319 rushing yards on the day as WVU captured their first win against the Sooners in program history, 41-27.  West Virginia would have to wait until the 2008 Fiesta Bowl to play Oklahoma againa and we all know how that turned out.