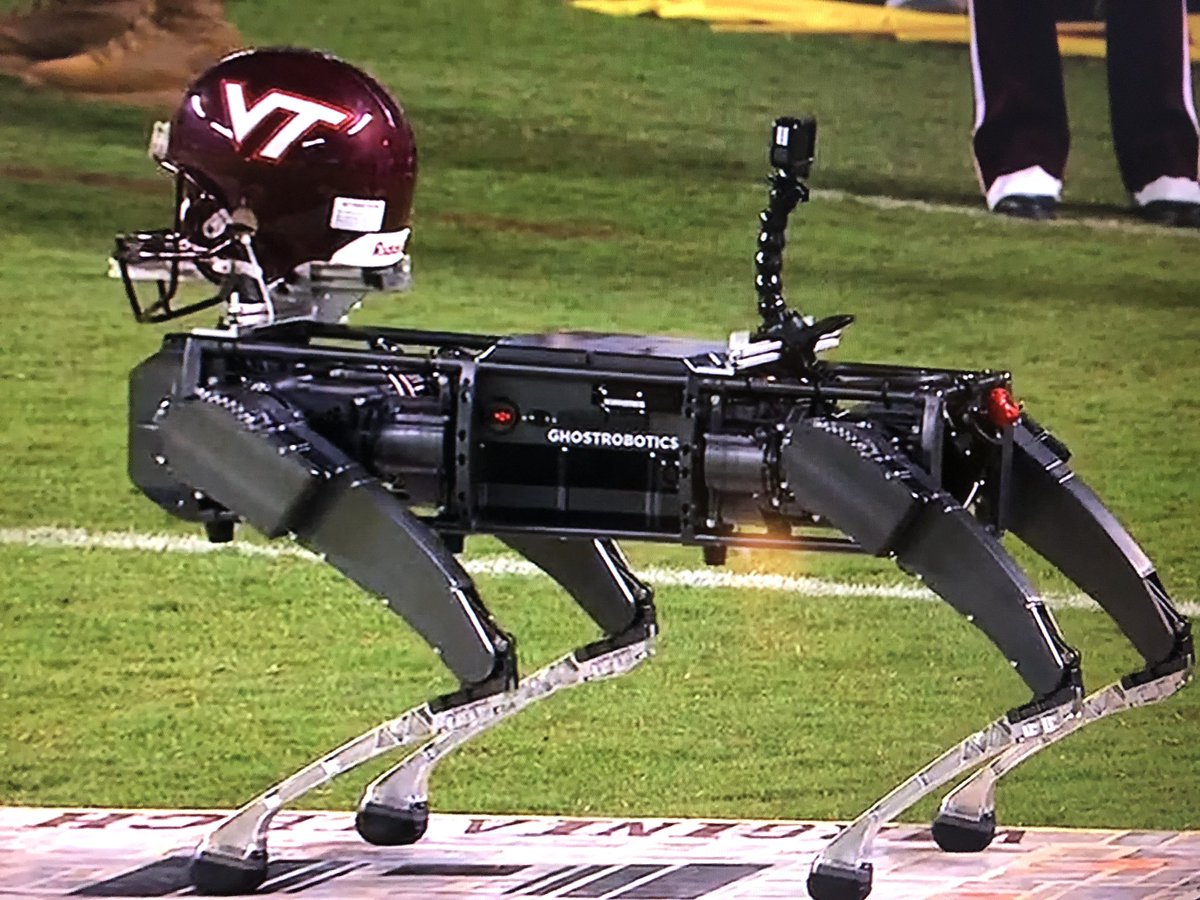 The Virginia Tech football program is certainly not what it once was under Frank Beamer. Heck, it’s not even what it was two years ago when the Hokies took down Will Grier and the Mountaineers at FedEx Field.

So far this season the Hokies are 2-2 with a loss to Boston College, who is also really bad, and on Friday they were drubbed at home by Duke, 45-10. Their two wins were hard fought battles at home against Old Dominion and Furman.

When you think things couldn’t get any worse, Virginia Tech breaks out a robot to do push-ups after every score. It’s pretty likely that they aren’t even able to get a real life person to be their mascot anymore. Plus, what is a Hokie, anyway?

Timmy Eads, best known as “The Mountaineer,” took a shot at the robot that Hokie put on display to celebrate touchdowns. Eads said:

You vs. The guy she told you not to worry about… #DoRealPushUps

You vs. The guy she told you not to worry about… #DoRealPushUps pic.twitter.com/BORBJrYyoc

The Hokies are headed into a dark era for their football program. A Hokie fan would likely reply by pointing back to them beating WVU two years ago. Well, a lot changes in two years.

You know who else will be back on the schedule in 2022?

Horns Down in Morgantown
Neal Brown Gets It.