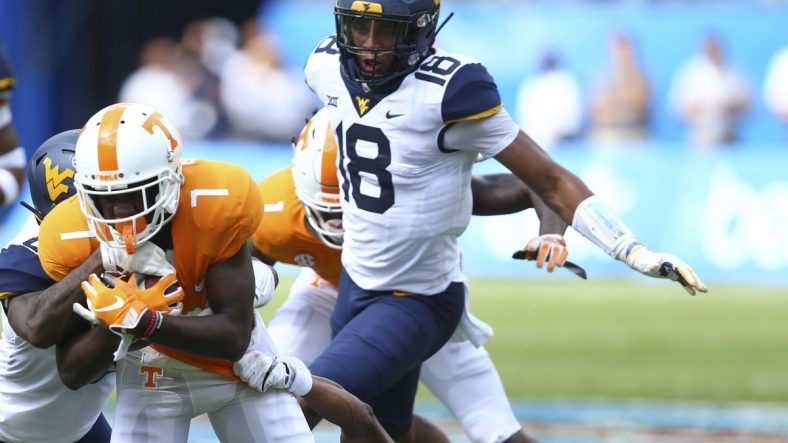 On Monday West Virginia head coach Dana Holgorsen confirmed that Mountaineer linebacker Charlie Benton will miss the rest of the 2018 season and will undergo knee surgery.

Benton left the game against Tennessee early in the second quarter. When Volunteer running back Tim Jordan rolled up on his left leg he exited the game. The exact diagnosis has not been revealed, but it’s very likely it’s either an ACL or MCL.

I asked #WVU‘s Dana Holgorsen about LB Charlie Benton’s knee injury, and he says the sophomore “is lost for the season.”

Benton was a part of the 2018 recruiting class. He came from Butler Community College. This makes three Mountaineer linebackers who are sidelined by knee injuries, after Quondarius Qualls and Brendan Ferns. Both of these linebackers could return later in the season, though it’s not a sure thing.

There are some Mountaineer fans out there who may have been expecting a demotion for Kennedy McKoy. It’s important not to overreact after one game, but so far it has not been a campaign for the running back.