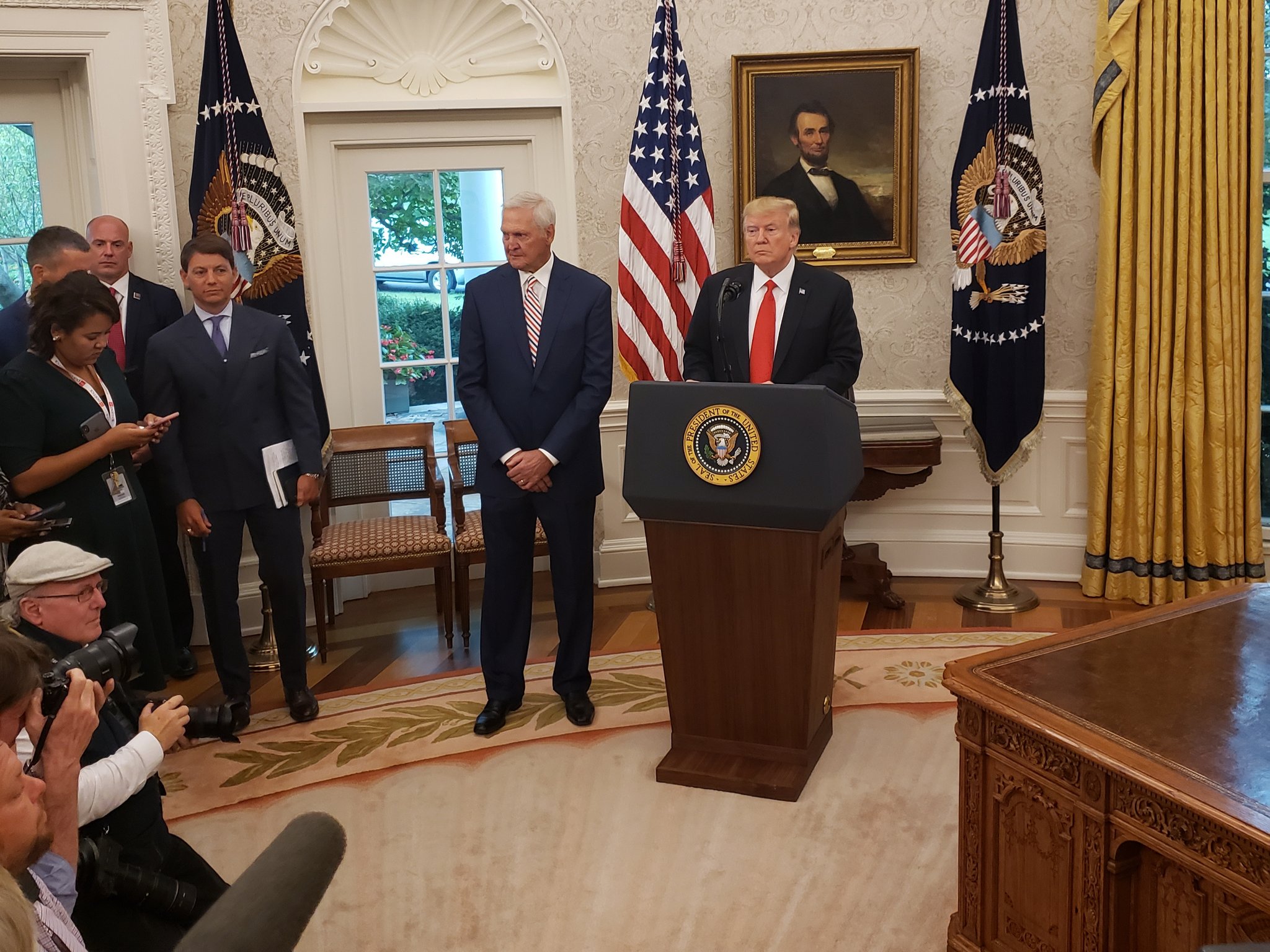 President Donald Trump presented Los Angeles Lakers legend Jerry West with the Presidential Medal of Freedom, the highest honor for a civilian in the United States, just moments ago in the Oval Office of the White House.

In his speech, President Trump said the following:  “The fact that West Virginia supported me so forcefully in 2016 probably helped Jerry West get the Medal of Freedom today.”

In a statement released on Twitter, the White House said, “President Trump will award the Medal of Freedom to Jerry West, whose excellence and determination have made him a true sports icon!”

This afternoon in the Oval Office, President @realDonaldTrump will award the Medal of Freedom to Jerry West⁠, whose excellence and determination have made him a true sports icon! 🏀 pic.twitter.com/dPKQOF6X9Y

Senator Joe Machin posted a congratulatory message on his Twitter account earlier today as well, adding, “Jerry is a great athlete, a great man and a great West Virginia native.  Please join me in congratulating Jerry!”

I'm incredibly proud to announce that Jerry West will receive the Presidential Medal of Freedom today at The @WhiteHouse. Jerry is a great athlete, a great man & a great West Virginia native. Please join me in congratulating Jerry! pic.twitter.com/W5hPxFyrjq