Mountaineer Defensive Back Receives Highest Grade in the Country 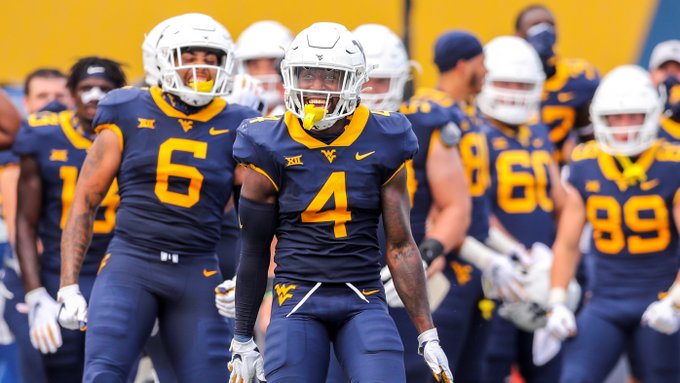 When Mountaineer fans heard a defensive back with the last name “Addae” was coming to WVU, it certainly caught their attention. Alonzo Addae, the cousin of former Mountaineer safety and current assistant coach Jahmile Addae, took just one game to establish himself as a playmaker.

Have yourself a debut @alonzoaddae ?

He comes up with a huge interception for @WVUfootball pic.twitter.com/jjrzgLzWrz

Addae was named the special teams player of the week by Neal Brown on Monday. But that’s not the only recognition for the transfer from New Hampshire. Pro Football Focus released their highest-graded defensive backs for all of college football for week two. And looky who is sitting all the way at the top:

It didn’t take long for this Mountaineer to make an impact. After just one game the recognition is rolling in.

Back in August of 2019, Jahmile referenced the hard work his cousin was putting in.

“He’s done a heck of a job putting his head down and working hard,” Addae said, per EerSports. “He’s made it easy for me to bring him in and allow him to flourish by himself. He’s been a treat to coach. I didn’t necessarily think it was going to be hard to coach him. I just wasn’t sure, because I’ve never coached a family member. But he’s just like one of the guys. I treat him no differently.”

Look for the Mountaineer safety to tested as the team heads to Stillwater for a nationally televised showdown with the Oklahoma State Cowboys.